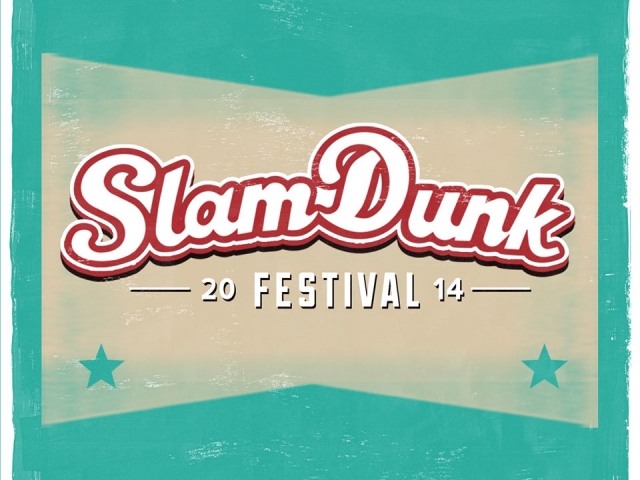 Oh Leeds Slam Dunk, you are a naughty little minx. I swear your number one plan is cause as much mayhem in my otherwise calm and collected life each and every year. This year was no different and, yet again, I never made the afterparty. The appalling weather, trekking for what felt like miles in the rain and near hypothermia couldn’t put a dampener on the excitement of the good times I knew were waiting for me inside the university campus.

After catching up with friends and grabbing ourselves a drink it was off to the Macbeth stage to see the return of Jesse James. It was like they’d never been away and the way the crowd was bouncing off the walls proved that everyone was in agreement. It was a brilliant start to the day. We stayed at the Macbeth stage to catch those cheeky Decade boys and boy, can they put on a show. The crowd seemed to swell to twice the size of that for the previous band and there wasn’t a single fan that wasn’t jumping and singing back every word to the boys’ set.

As cosy as it was at the Macbeth Stage we soon headed across to the Kerrang Main Stage to see one of my highlight’s of the day, Motion City Soundtrack. This is a band I’ve seen more times than I’d care to count and they never ever disappoint. With the 10th anniversary of the release of I Am The Movie this year it felt like more of a celebration than ever.

This is the point in the day when I had to start making decisions. All the bands I really wanted to see were on at the same time and I have to admit I wasn’t the happiest of chappies about this. So, it was a quick dash back to the Macbeth Stage to see The Ataris. Now, I’m pretty sure they knew about my mad dash around the university because they opened with In This Diary. If you only listen to one The Ataris song that would be the one you’d choose right?

From there we rushed through to the Atticus Stage just as Hit The Lights took to the stage. I was surprised at how empty this room was to be honest, I mean they still had a good (and relatively rowdy) crowd but I expected there to be more people around to see them. I don’t think this effected their performance though and rounding off a high energy set with crowd-pleaser Body Bag.

Another mad dash back to the Macbeth Stage for the final time to catch the opening few songs of Less Then Jake’s set. The room was rammed everyone was bouncing and the kings of ska where on top form. I was sad when a glance at my watch meant it was time to go.

All American Rejects are one of my guilty pleasures and seeing as they were headlining the Kerrang Main Stage I couldn’t not stop by. They were a little late to take to the stage and the atmosphere was electric waiting for them. When they burst onto the stage blasting Dirty Little Secret nobody in that room had a frown on their face. Tyson and his pals just make music to make you happy, you just can’t help it.

Finally, it was time to head back into the Atticus Stage for those gorgeous Welsh boys, Kids In Glass Houses. Playing Smart Casual in full and with only their final farewell tour in October left all the signs said finish your night in here and what a way to end the festival. Everyone in there was hanging off every syllable and every beat, we all knew we were part of a special moment.

Slam Dunk North 2014 you were a good ’un, I’ll give you that. Just next year please be a little kinder to me, OK?