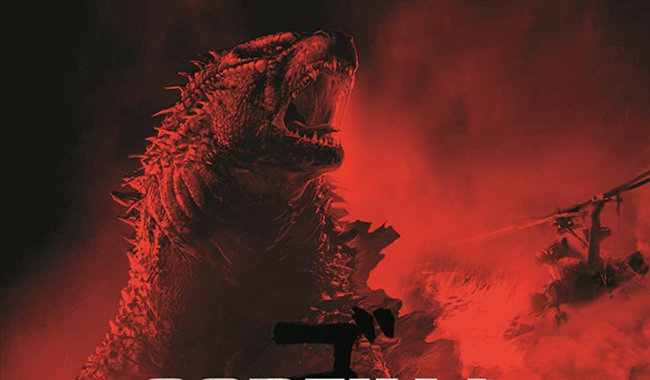 Godzilla: The Art Of Destruction Review

It’s impossible to review this as a classic ‘Art of’ book, because it goes beyond that. This is more a diary of production. Gareth Edwards details the journey from the end of his independent triumph Monsters, the offer of helming Godzilla as Director and the entire process all the way to post-production and film scoring. It’s all one long, fascinating, insightful interview with Gareth Edwards, which really breaks the mould for this type of book.

Reviewing the book as it is and not as it’s traditionally been structured means that you’ve got to judge it on its own terms. The book is filled with digital paintings – which is what you want, pre-production concept stuff, which you’ll want to hang on a wall somewhere. There are plenty of on set shots too, but these are laid out to show where the cameras were, where the green screen was  – it’s all explaining the processes of the film. It is glossy, full colour and packed with detail, but the visuals take second place to the text, of which there’s a lot. Which is a really good thing.

Saying that, there are some fantastic spreads of Godzilla, from initial design to locked down character poses to digital paintings. These are laid out in a gloriously sketchy pull out in the middle. There is also a surprise addition – a neatly folded poster on the inside back cover. If you’ve seen the film, then you might be a little disappointed that some of the real stand-out shots from the film aren’t here in too much detail. But I’m aware that I’ve complained about Art of books just containing finished stills from the film before, so I’ll stop right there.

This thick black-paged tome, with its silver text and insider detail is ideal for film enthusiasts. It is without doubt the first Art of book that truly reveals all of the stages of production from start to finish. It seems that the book is narrated from Gareth Edwards and he’s happy to share all he knows about the film. You will find yourself reading it cover to cover, I guarantee it.