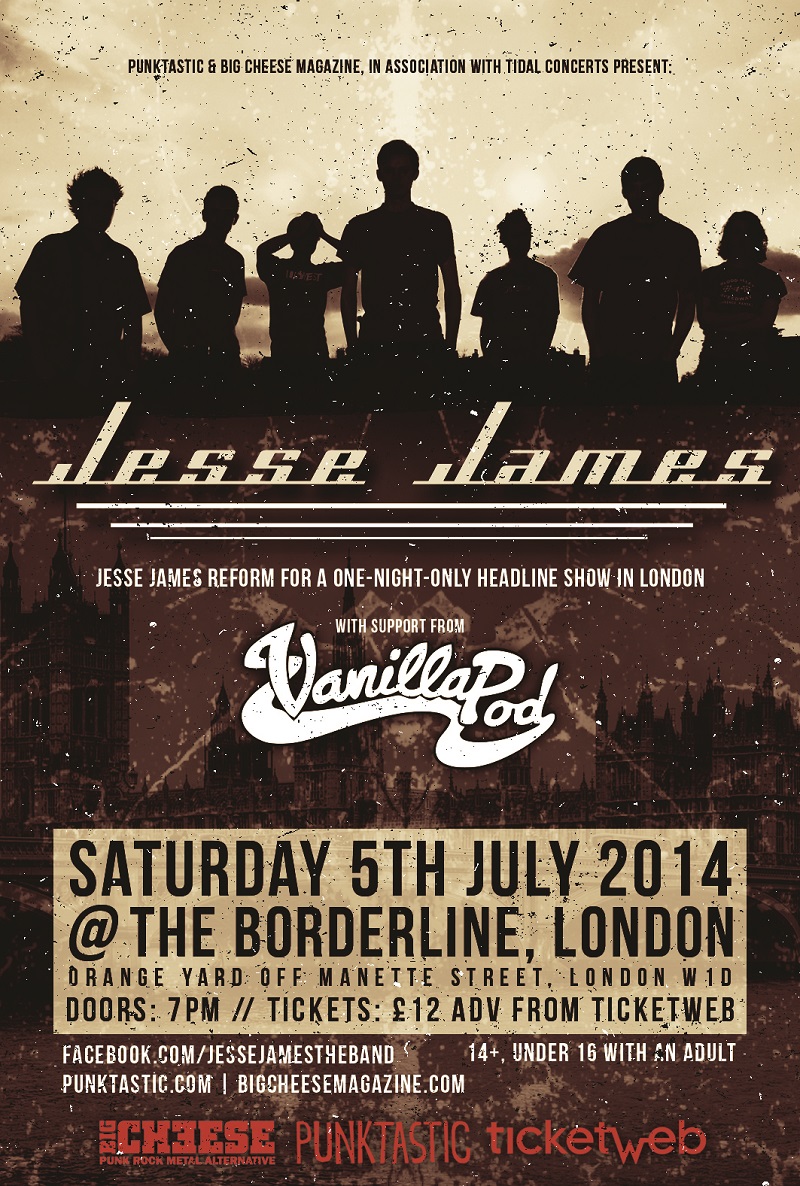 Jesse James, UK punk rock heroes, are playing one final show before they once again call it a day.

The band split up 7 years ago and declined all offers to reform, until this year when they played the Slam Dunk festivals throughout the UK.

Following these special sets the band will be playing one final headline show at The Borderline, London on Saturday 5th July and we’ve got a pair of tickets to the show to give away.

Winners will be selected at random and notified via Twitter. Entrants must be 16+ (under 16’s must be accompanied by an adult) and competition includes tickets only. Closing date Friday 20th June 2014. One entry per Twitter account.