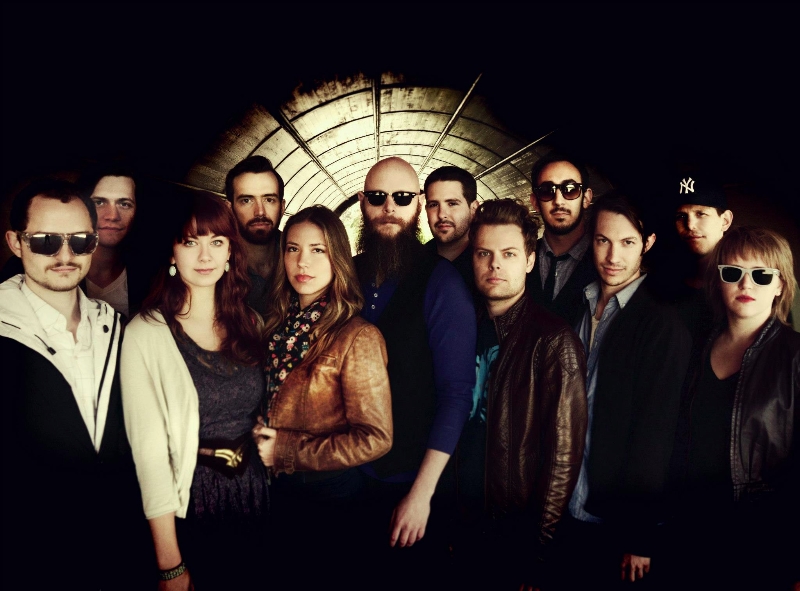 Jesus On The Mainline – Self Titled EP

You might not have heard of them yet, but if there’s any justice then Jesus On The Mainline will doing the international rounds before too long – based on the evidence on their debut EP, this 15 piece collective have got their foot firmly on the accelerator.

With the recent success of similar artists like Hot 8 Brass Band, their sumptuous fusion of jazz, soul and funk in a Big Band setting could open some serious doors for the outfit if this release gets the attention it rightly deserves. We’ve covered opening track ‘War’ before with it’s Chicago-meets-Aretha Franklin collision of brass, soul and jazz, whilst ‘Sister City, Brother Bone’ introduces a throaty Alabama 3 Americana to the proceedings, the honkytonk piano putting the icing on the cake.

The country-infused ‘Angel From Montgomery’ channels all-time classic ‘Wichita Linesman’ with a guitar tone that Glen Campbell would have screamed blue murder to achieve; out of all the tracks on the release this one shouts USA at the top it’s lungs, but also probably best illustrates their unique ability to meld these genres seamlessly together and avoid the banality of the over-familiar.

Don’t even get us started on ‘Sweet High & Dry’ – it may as well be titled “The Best Song Van Morrisson Never Wrote” – a stunning celebration of his particular brand of laid back jazz which explodes into the Deep South rock and roll of ‘Jump Right In’.

Jesus On The Mainline are a wonderful example of the variety and virtuosity in the musical spectrum of America – they’ve got their fingers curled around the roots of modern music so tightly that it flows, seemingly effortlessy, in every note they joyfully produce.

We’ll say it again in case you didn’t get it the first time, this band are an incredibly exciting prospect for rootsy American music in a time where over-production, poor songwriting and generic music are king.

They deserve to be absolutely huge, but don’t just take our word for it, listen to the EP here: