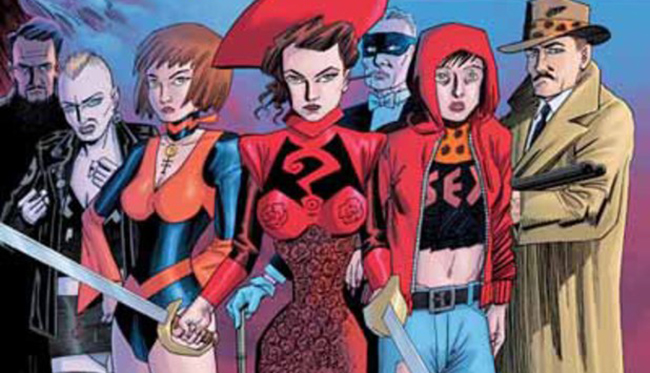 A belated release perhaps – The League of Extraordinary gentlemen Century series finally comes together in this combined release for Volume III.

Anyone not in the know – Century is the official third book for the series which was originally released in three separate parts. Beginning in the year set 1901, and – you guessed it, spanning a century of time. The story largely sets up the coming of a new antichrist, and the league’s efforts to stop it.

This starts way back in 1910 with Minas Murray and her lover Allan Quartermain where the group is in a bit of a shambles after events of the second volume. New members are sought, and evidence of impending doom is quickly the focus.

The time shifts in the second part to the drug fuelled psychedelic 60’s which may be all colour and vibrancy in its pages, but the core of the story couldn’t be darker.

This all finally comes to a head in 2009 where the beast is revealed and the group are forced to face it down.

Of course part of the fun of this series is spotting all of the pop culture and character references and cameos along the way. Be this Rupert the bear, Harry palmer or the choice they have made for their final villain.

Alan Moore and Kevin O’Neill keep on their toes, but also go for the most outlandish they can muster in their conception of the story they are telling. The commentary on society is always a driving thrust of the series, and here is no less bizarre, yet apt.