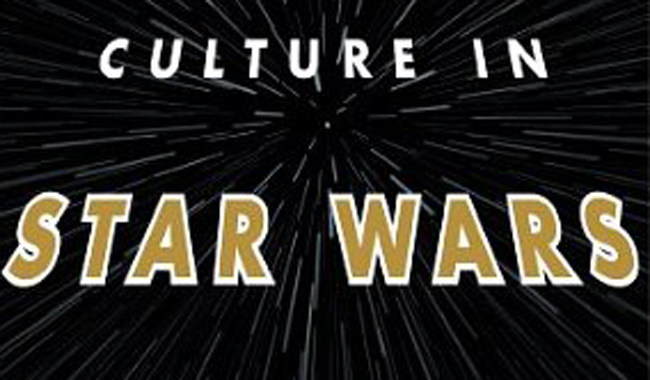 Myth, Media And Culture In Star Wars: An Anthology

This book was released as a companion, or perhaps more realistically as another volume to the anthology ‘Sex, Politics and Religion in Star Wars’ and as such both books do what is written on the tin (also reviewed on this website about a month ago). There is no doubt that the Star Wars franchise has had a phenomenal impact on popular culture with many words such as Jedi, the Force, wookie, droid or Darth Vader becoming part of everyday parlance. Comedians such as Phil Jupitus with his ‘Jedi, Steady, Go’ tour in 1996 was hugely popular and everyone understood the references; there are few films that would allow a comedian to get this amount of mileage from a film (sadly being that the authors are American Jupitus is not mentioned). Whereas the previous volume dealt more directly with spiritual, psychological and political themes of the film franchise, this book deals more with its cultural impact and focuses mostly on the first film (now more commonly known as Star Wars Episode IV: A New Hope).

Who doesn’t remember the first time that they saw Star Wars? For me it was as a young lad at the Odeon in York. Even then what the viewer knew was this was not only a phenomenon but was also an event and a realization of what can be done with the imagination and cinema. A short while after I bought (or rather my mother bought) a souvenir book about the making of, filming in Morocco for the Tattooine scenes and perhaps most significantly with regards this book the influences on George Lucas for the making and creation of the film. Much of this is covered in the book: the Flash Gordon serials, westerns, B movies, the romance of the swashbucklers with Errol Flynn and Stewart Granger and so on. However, it did not mention (as I recall) the huge influence that Japanese master Akira Kurosawa had on Star Wars, with particular mention to The Hidden Fortress (1958) (the hidden fortress is mentioned as the rebel base in the first film), a samurai set story about the escorting of a princess through hostile territory with the first perspective through the eyes of two lowly peasants (like R2D2 and C3PO). Interestingly a chapter in this book highlights Kurosawa’s influence on Star Wars and how Lucas’s first draft was an exact copy of Kurosawa’s film (while also drawing in elements of Rashomon and Seven Samurai). Kurosawa was a decisive influence on Lucas as a film student. Equally of interest and not really covered in the book is the fascination that Lucas had with cars and drag racing – another potential career choice for him. He cathartically made his second film American Graffiti (1973) about 1950s teenagers and their fascination with cars and expunged that from his system. But if we think of the pod race in Star Wars Episode I: The Phantom Menace or the bike chase through the forest on Endor with the stormtroopers in Episode III, The Return of the Jedi those fantasies continued to be played out.

The book evenly splits the chapters between various aspects of the films cultural impact.  While it doesn’t dish the dirt about Lucas’s notorious control freakery to the extent the other book, it does cover some similar territory. The opening chapter goes into some of those aforementioned influences on Lucas and puts him (and that other wunderkind, Steven Spielberg) into the context of the New Hollywood and how those students from the 1960s were creating a fresh cinema and new types of blockbusters that replaced the defunct Hollywood studio system. The first few chapters arguably refer to Star Wars not as science-fiction but instead as ‘space opera’ or ‘cowboys in space’. Following this there are a few convoluted chapters about the fairy-tale myth of the films as well as the notion of hero and how these are played out in the 1977 original and to what extent these films are both myth and fairy-tale. This neatly segues into comparing Lucas the control freak and empire builder to that of Walt Disney some 40 years before Lucas’s films.

In the second half of the book the attention is turned to media and marketing and the hype surrounding the first film before moving on to the comic and printed off-shoots of the franchise. Once the original came out, Marvel Comics began to release a comic book tie-in of the film that perfectly captured the story in storyboard comic form on the same newsstands as Spiderman and the Hulk were being sold. Once the film came to its conclusion the comic branched off to new stories and continued to run for a couple of years. Of little interest (to myself at any rate) were the chapters about the Star Wars video and computer games and the other related books and TV shows about Han Solo and the ‘The Adventures of the Ewoks’ (yawn). Of some interest, more related to the prequels and perhaps more relevant as a segue between The Phantom Menace and Attack of the Clones is the Star Wars: Clone Wars animated film and TV series which successfully, if on a more juvenile level links the two films together better. But of greater interest and could perhaps have been developed further is the genius marketing of the film with particular reference to the 3” action figures. Coming out almost a year after the first film was released this was a hugely successful line (I have passed on mine to my son as a kind of rights of passage). This is a key indicator to the success of the films in that these are still being sold and bought in shops. The 2006 Pixar film, Cars has done the same thing in releasing nearly all, including minor characters in the film as die-cast toys but this is unlikely to have the same longevity as Star Wars. It is likely that the hugely anticipated Episode VII due for release next year will have the same impact, even if the Han Solo action figure will now have grey hair and wrinkles.