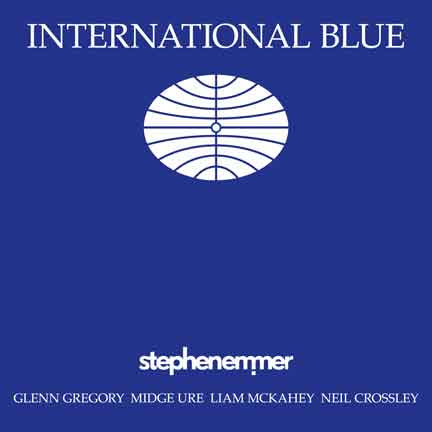 Dutch composer Stephen Emmer has been involved in making all sorts of music, including jazz, rock, pop and classical. He has produced soundtracks for tv documentaries, films and shows, winning prestigious international awards along the way. And his latest project is an album that ‘pays tribute to the lost art and elegance of pop-crooning’.

Working with legendary producer Tony Visconti and a number of renowned male vocalists, Emmer has composed and recorded a ten track album that recreates the days of bold and dramatic songs delivered in epic style by smooth voiced singers backed by orchestral music. The album was recorded at Abbey Road and Avatar Studios, New York.

Midge Ure of Ultravox and Live Aid fame has always had a fine voice, and the man who made Vienna such an iconic song features on Taking Back My Time. Slow and stylish, the track fits Ure’s vocals well. Glenn Gregory from 80’s synth pop band Heaven 17 has a distinctive deep voice, and he is very good on both Let The Silence Hold You and the excellent piano driven ballad Untouchable.

Liam Mckahey from London Britpop band Cousteau is another with a fine baritone. Here he offers up three tracks, Blown Away, the slow and poignant Song For A Deserted Wife and Mama’s Mad, an old sounding song with modern production touches that add a contemporary feel. Neil Crossley, singer/ songwriter with Bristol based band Furlined, features on the slower Sleeps For England and the most dramatic track on the album, Seachange, which has a real Bond theme style in its bombastic production.

This is a rather different album and it gives some well known voices the opportunity to shine in a slightly different musical setting to the ones in which they usually operate. There are some good songs here, and the quality of the vocalists involved makes the project work well for Stephen Emmer.