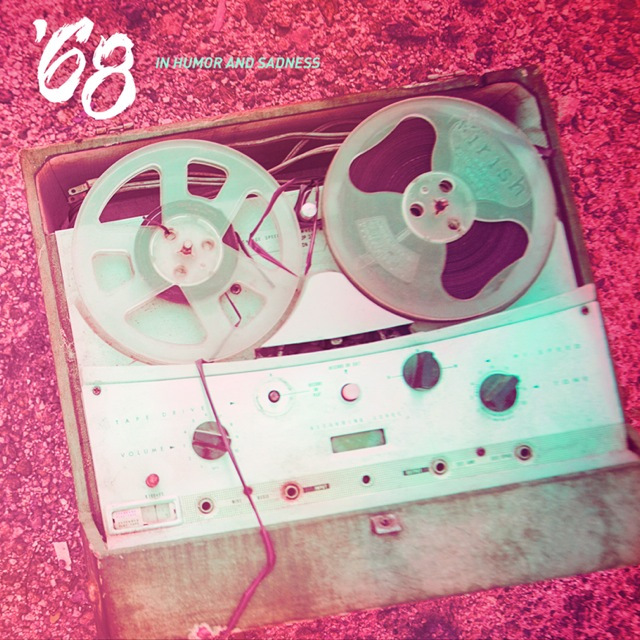 As you go through each of the tracks on In Humour In Sadness, their allocated letters spell out ‘REGRETNOT.’, and the ten track record has no regrets to bear. Former Chariot frontman Josh Scogin is on form here in ’68, his new outfit along with drummer Michael McClellan, as the pair waltz between gritty hardcore and old school grunge.

Scogin’s raspy vocals play heavily throughout the record as he smashes on guitar pedals in a way that would infuriate most purists. Track 1 (R) has this heavily played out, while other songs see him bringing in a more solid song structure than we’ve seen in the past from the artist.

But the atypical verse-chorus-verse is again man handled and misled in a way that would spark annoyance, if not done properly. Scogin, holding everything from Nirvana to Every Time I Die as a reference through the album, does everything for himself. And it’s all the more powerful for it.

Track 5 (E) is as close to a mesh between the hardcore and the grunge as you will see on the album, while Track 7 (N) goes near full grunge. It is a delight to see these instances being used to compliment each other, in a way no one but Scorgin could have imagined. But don’t expect him to apologise for any of it, for the man regrets nothing. Which is plain to see.