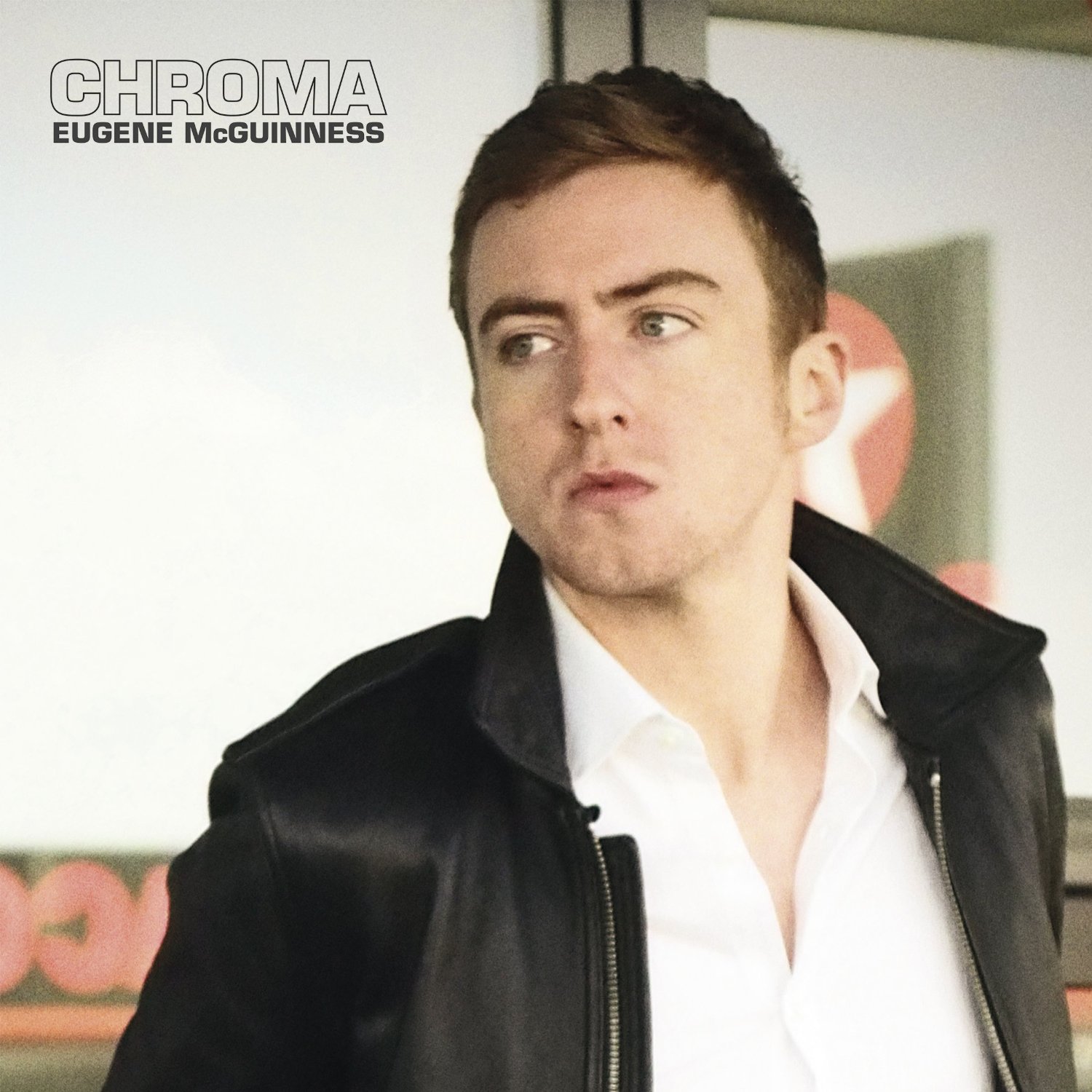 London singer songwriter Eugene McGuinness has adopted more of a rocking approach for his new album Chroma. This is his fourth album over the past six years, and there is less of a pop vibe here and more of a guitar based style that is closer to an indie sound. The contributions of the rhythm section from The Invisible, Tom Herbert (bass) and Leo Taylor (drums) gives a solid foundation for McGuinness’s songs, and the subtle keyboard parts that sneak in here and there add a touch of melody.

There has always been a question over McGuiness’s vocals, which have a certain thin and youthful quality. Here it seems like overdubs are used to strengthen the vocal contributions and it does even things out somewhat. The quality of the songwriting stands out though, ranging from the quirky I Drink Your Milkshake to the more sentimental All In All. The eleven songs on the album are all fairly short, but there is a feel of energy and immediacy that holds the attention.

First single Godiva opens the album with a sixties feel, a lead guitar melody running through the track and the fuzzy rhythm creating a big sound over some great drumming. The vocals get a little lost at times, but this is basically a good song. At the other end of the sonic spectrum is the spaced out closer Fairlight. This one opens with an ambient sound before slowly building. The vocals sit somewhere underneath the combined keyboards and guitar, yet it all fits together to create a pleasing track.

In between there are several good songs. Amazing Grace is solid, the vocals sounding strong here. She Paints Houses has a lovely slower pace with a prominent bass line. Immortals uses a range of electronic effects as well as vocals that vary greatly in tone, but combine into an effective track. And Heart Of Chrome is a very good three minutes of upbeat indie that has some very good guitar work and a keyboard melody that gives it real life.

Chroma has perhaps a less polished sound than previous releases from Eugene McGuinness. But that gives an honesty to his work and it generally comes across well. Despite the occasional vocal lapses that still creep through there is a solid feel to the sound and McGuinness as indie songwriter could be a good future direction.