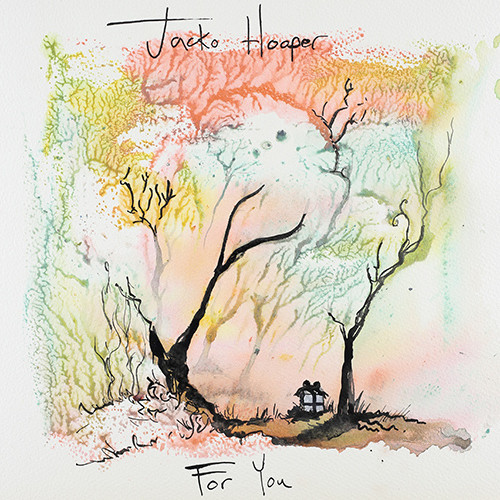 Jacko Hooper – For You EP

For You is the first official release from young Brighton based singer-songwriter Jacko Hooper. His songs are melodic and introspective, like emotional windows into a poetic soul. And his gentle acoustic guitar work accompanies the vocals well without overwhelming them. It’s clearly the words that matter most here and Hooper uses delicate phrasing for emphasis, but can display a bit of power when it is needed.

Hooper funded this EP through a very successful KickStarter campaign, and that’s no surprise, as he has already built up a large and loyal army of fans. He has previously self produced CDs, copying them himself and quickly selling out batches of 500. And his south coast gigs regularly attract large crowds. The title, For You, is really a dedication to Jacko Hooper’s many fans.

Egg Shells opens the EP and is its best track, a love song delivered with real feeling. With drums as well as guitar behind the vocals there is a big sound and it works well, the vocals strong enough to dominate. November 5th has a more bass heavy sound, a largely acoustic track with a bright pop vibe.

Run Away With Me is slower, the initially higher pitched vocals over acoustic picking making a highly emotional, and quite beautiful, declaration of love. Background harmonies are added as the music swells, giving real depth. The final track on the EP is a live recording of Roaming, another slow song with a fine vocal performance.

Jacko Hooper’s songs immediately evoke words like poignant and delicate. But there is a real strength to the sentiment behind his lovely lyrics and his voice has a lovely tone. This release should gain him some more radio play and introduce an already confident performer to a much wider audience.

Venue: For You EP
Support Band: One Inch Badge