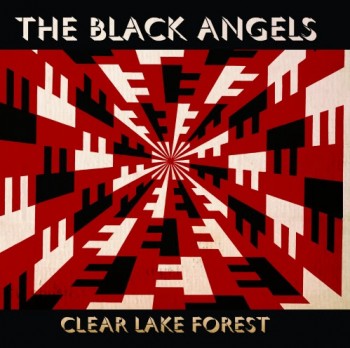 The seven track Clear Forest Lake EP was originally released earlier this year as a limited edition ten inch vinyl for Record Store Day. Now being made available in all the usual formats, this is the first release from the Austin, Texas, psychedelic rockers since their fourth album, Indigo Meadows, which came out last year.

Sunday Evening gets things moving and immediately a great guitar riff leaps out from the mix. The bluesy, retro, psych sound is familiar, yet the melody is new and exciting. Tired Eyes is perhaps a little less effective, but the drum rhythm is quite spectacular. Diamond Eyes comes next, with its sweeping sound, bluesy and distorted, and the vocals come through with a clarity that is often missing.

The Flop might just be the best track here. It builds around some fine organ work, and when the guitar and organ play off each other it creates a great effect that has just a hint of surf rock. The high vocals on The Occurrence At 4507 South Third Street come to grate a little, but the keyboard melody holds the song together very well.

The Executioner is the most retro sounding song here, as elements of a 50s rock n roll style mix with the bluesy vibe. It seems to be a bit tongue in cheek, darkly satirical, and works well. Linda’s Gone ends the EP with a six minutes plus psychedelic track that drifts and drags a bit. There are some interesting guitar and keyboard parts in there, but it is a bit overlong.

Fans of The Black Angers will love this release. The typical reverb heavy drones, the multi layered vocals and the meaty guitar and organ riffs are all in there. And at close to half an hour long this is very good value – it’s more of a mini album than an EP. There are some good tracks here, but it is uneven and at times the meandering psych sound just go a bit too far for me.