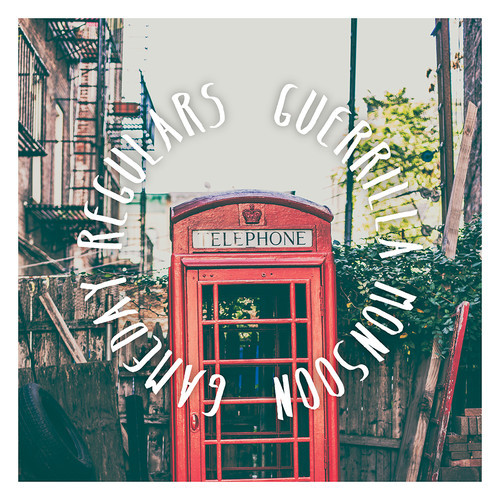 Paper+Plastik Records and All in Vinyl have joined forces to release a split 7’’ from Gameday Regulars and Guerrilla Monsoon making for exciting news for punk rock fans. This record not only features a long-awaited release from Gameday Regulars, as they’ve been pretty quiet since Nobody Likes A Quitter, but also debuts Guerrilla Monsoon, as its their first ever release.

The 7’’ surprisingly opens with newcomers Guerrilla Monsoon, and they’re pretty convincing. Whoever said punk rock from the UK is an oxymoron has been listening to the wrong bands. They provide rough and raw vocals, catchy upbeat riffs and a clear punk attitude. Their tracks aren’t as tight as you might be expect – they have an old-school demo feel – but when did punk rock become all about cleanliness anyway? It’s hard to say what they’ll truly be like as punk is a genre that needs to be experienced live, but this record is definitely more than promising keeping in mind they’ve been a band for very little over a year. Both December and Rome are enough to give you an idea of what to expect from the Birmingham punk-rockers.

If you’ve heard a Gameday Regulars record before – you’ll know what to expect. If you don’t, they’re a typical New York feel-good punk band, who spit out summer driving anthems. They’ve got a cleaner, more composed sound with richer vocals, but again, they’ve been around for longer.

This record is oozing with young talent and is a definite must-have for underground punk-rock fans. Let’s all hope their 2015 EU co-tour will extend to the UK.