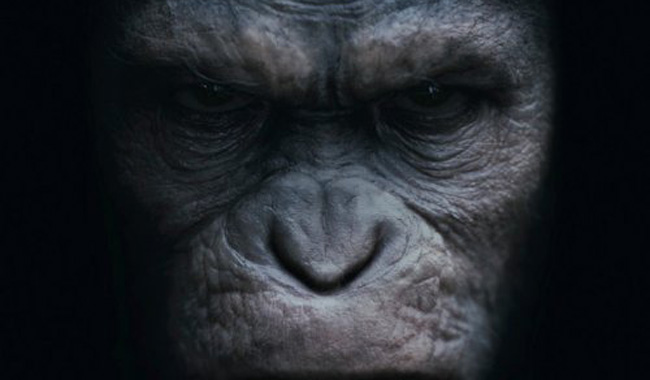 The book does talk a lot about what’s going on in each scene which isn’t what I’m really looking for from an Art of book. There’s a real absence of sketches and pen and paper designs – all these early images look almost finished and it doesn’t really give you an insight of the process from beginning to end. It is a 180 page glossy brochure for the film, and if that’s what you’re looking for then you’ll enjoy this.

The second film is served better by the book – I wonder if it’s because they knew they were going to do one this time around. There’s a lot of set construction pics, which are fascinating – although maybe again not what the book’s designed for. Saying that, it is showing us part of the process and who’s to say what part of the process they can show.

The set pages, posters and ape language pages were by far the most interesting. The printing is dark and heavy which rightly reflects the palette of the film – it just makes picking out details a little harder.

A mixed bag this book, which is a shame as the two films are absolutely incredible – the book falls short of giving you a real insight into how they created that world. If you’re looking for a glossy coffee table book you can quickly flick through, this is it. Anything more and you might be disappointed.