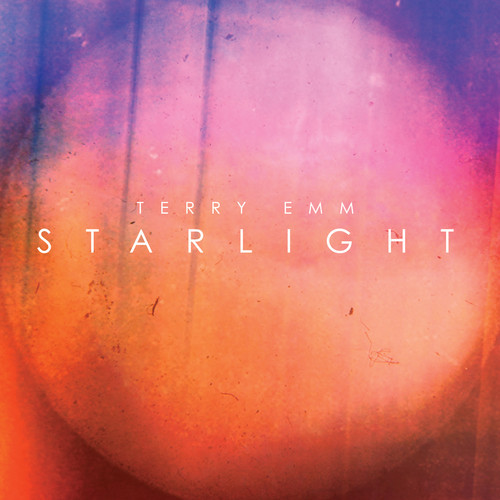 Starlight is the third album from singer songwriter Terry Emm, and it shows his gentle folky voice off very well. There is a simplicity to much of the music, although the addition of string backing, ably arranged by Calina De La Mare, gives real depth in places. Produced by Michael Clarke (Clarkesville, Andy Burrows), the sound is largely clean and allows the expressive vocals to dominate.

There is a fair amount of variation within the album’s ten tracks. Sure, there are the typical acoustic folk songs that you might expect to hear if you know Terry Emm’s first two albums. The opener Wilderness has the type of timeless air that typifies the genre, and could have been produced any time during the last thirty years with its even, smooth vocals and subtle guitar backing. The title track Starlight features delicate guitar picking and a crisp melody. The stripped back love song As Long is tender and beguiling, while Jetstreams might just be the best of the vocal performances on the album.

But there are tracks that tend more towards indie pop too. Forever And Ever has a faster pace and a bright feel with lovely harmonies on a simple chorus. For This sees Emm backed by a full band and it works well, although the lyrics become a little repetitive. There is a stronger feel to the vocals on Is There An End To Your Love, showing Emm can do more than just the tranquil folk songs.

Terry Emm’s songwrting can tend towards melancholy, and there are dark and introspective moments here. But the dreamy and optimistic side of his work also comes through strongly, giving an album that never quite settles into one style. That’s no bad thing of course, and it takes real talent to pull off such an assortment of musical approaches.