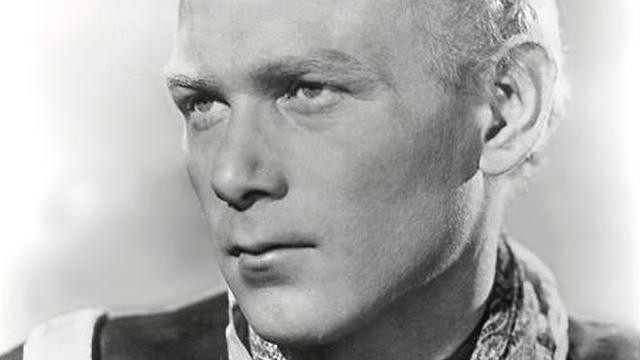 Company Of Heroes: My Life As An Actor In The John Ford Stock Company

John Ford was a director who created myths of the Wild West; as the man introduced himself: “My name is John Ford and I make westerns.” Of course he didn’t just make westerns but the films which are the most endurable and which are arguably among his best are the 15 westerns he made between Stagecoach in 1939 and his last western, the epic Cheyenne Autumn in 1964. He made some 100 films before Stagecoach, but in his later years he entered into his golden age as a filmmaker. He gathered around him regular actors and players who were also close friends, but these people he often treated abominably and ran a film and his personal life autocratically. He often asked favourites back. A look or a disagreement might leave an actor frozen out for years. Among those who were in many John Ford films included of course John Wayne, whom Ford made a star of and Henry Fonda who also appeared in some of his best films under Ford. A lesser known actor than these two giants of the screen was Harry Carey, Jr. This book is less autobiography (although it does cover his father, his formative years and his naval career during World War II) and more about Carey’s observations of the ‘old man’ and his experiences acting in the Ford films (with only at best cursory mention of any of his other films). The book pretty much ends with Carey hearing of Ford’s death even though the actor lived until 2012 and acted in films up to the mid-1990s.

Harry Carey, Jr. was the son of Harry Carey one of the leading tough cowboys of the silent period and early sound films. Carey and his family were family friends of the Fords and Harry Jr. grew up calling Ford “Uncle Jack” but somehow Carey Sr. and Ford fell out. After his father’s death, Harry Carey, Jr. would co-star with John Wayne in only Carey’s third film, as the Abilene Kid in the western Three Godfathers (1948). Ford had seen this tall skinny redheaded kid in Howard Hawks’ brilliant western Red River (also 1948) and thought he was great and perfect for a role he had in mind. This first film for Ford, dedicated to the memory of Harry Carey was about three bank robbers who make their way across Death Valley with a posse on their tail. They come across a chuck wagon with a dying mother and her new born baby on board and save the baby taking it on a gruelling trek across the desert. According to Carey, Ford put the 26-year-old through his paces with this film and treated him abominably especially through the heat and difficulties of filming in the hottest place on Earth. Carey also had a very touching moment when he sings the wonderful cowboy lullaby, ‘The Streets of Laredo’ to the new-born infant.

Carey must have passed the test as he went on to act rather than star in a further eight films for Ford: a support actor as a young lieutenant in the fantastic and second of Ford’s so-called cavalry trilogy, She Wore a Yellow Ribbon (1949), in a smaller part as a hard riding soldier (who had to learn the dangerous Roman riding stunt for the film) in the third film of the trilogy, Rio Grande (1950), starring alongside former Ford stuntman Ben Johnson (who became Carey’s best friend) in the wagon train masterpiece, Wagon Master (also 1950), in a smaller part as a young cadet and future President Eisenhower at West Point Academy in The Long Gray Line (1955), as one of the posse after the Indians alongside John Wayne in one of the greatest films of all time, The Searchers (1956) in which he perhaps played one of his most outstanding roles, albeit that he gets killed off early in the film. He then had a small part in the comedy naval film Mister Roberts (1955), but despite this being a light and funny film, particularly in any scenes with Jack Lemmon and James Cagney this seemed a pretty miserable experience for a disinterested Ford (he did not complete the film) and Henry Fonda (who allegedly had a big fight with his old friend Ford) and didn’t seem to inspire happy memories for Carey. For his last two films, in the first playing a simpleton settler in Two Rode Together (1961) he again had a small role but the actor appeared to be going off the rails this time, but does speak affectionately of Ford in a more dysfunctional way while stars James Stewart and Richard Widmark showed great respect for the director. In his last film and Ford’s last film he filmed in his beloved Monument Valley, as well as being his last western, Cheyenne Autumn, Carey only had a small part, virtually a bit part but speaks affectionately of the film. For many critics and commentators they see this story of the suffering of the Cheyenne at the hands of the American government as Ford’s apologia to the North American Indian for the way he had portrayed them in his films, but Carey questions this and states that to ‘Uncle Jack’, a good story is a good story.

Of course the other two stars of any good John Ford film were Monument Valley and John Wayne. Few directors in the golden age of Hollywood could film vistas, landscapes or distance shots like John Ford. He filmed nine films in Monument Valley and this place is now the icon of the West and westerns. It was once said that anyone dare shoot a western in Monument Valley could be sued for plagiarism. But when Carey was invited to play a small part in Cheyenne Autumn and assumed that it was going to be filmed here (which it was), Carey said that it “would be great to get back to Monument Valley”. Ford turned to him, gave him a filthy look and said “‘What? Why do you think I am filming there?’ This was followed by an awkward silence.” The other actor and regular was of course John Wayne. ‘Duke’ Wayne comes across as something of an enigma, a gruff macho man not too dissimilar to the character he usually played in his films. Wayne too could be snappy, but still respected the ‘old man’ and knew his place in the pecking order, could be an equal hard drinker (although no one was allowed to drink during filmmaking) and snappy, even at old friends like ‘Dobe’ Carey.

Harry Carey, Jr. comes across as a very likeable and modest individual who writes as a good raconteur who can tell a good story with a believable good memory. When he is quoting John Wayne he’ll write it in a way that the reader can hear Wayne speaking: “Fer God’s sake kid, keep yer eyes open and yer mouth shut! And don’t make any suggestions… ‘cause he’ll suck yer right in” was Wayne’s advice to Carey before he made his first film with him. Ford meanwhile comes over as a thoroughly reprehensible character, he treated people like he owned them, felt entitled to throw rocks at them while he chewed on his cigar or a handkerchief in childish frustration, yet no matter how much he tried to hate him it is evident that Carey, and everyone else for that matter loved and respected the old man. A great read for anyone who loves the classic and truly great western – a company of heroes indeed.