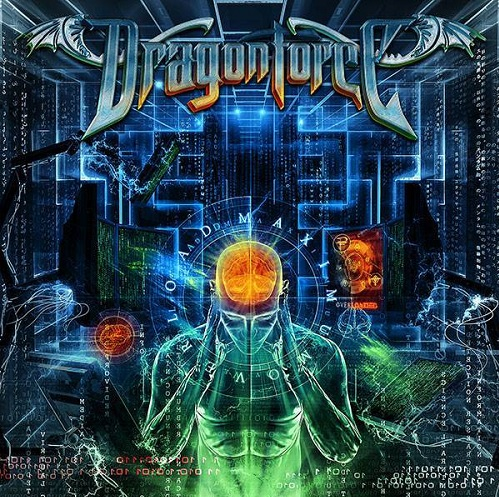 You always know what you’re getting with Dragonforce – they’re the Ronseal of heavy metal really, exactly what it says on the tin. Rampaging time signatures, insanely melodic and technical guitar solos, wailing vocals and a whiff of the faintly ridiculous about the whole affair.

New record Maximum Overload is no different and, frankly, you’d have to be completely dead inside to not squeeze some joy out of a band like this. It’s infectious power metal at its best and what it lacks in variation it makes up for in sheer mind-boggling virtuosity, with a mastery of the melodic that creates instant hits out of hooks that were unfamiliar mere minutes ago.

Opener ‘The Game’ is an epic introduction to the record and sees drummer Dave Mackintosh, incidentally leaving the band after the release of this record, on world-beating form; ultimately it begs the question, who the hell are they going to bring in to replace this absolute machine? Further along, title track ‘Maximum Overload’ is one of the most boisetrous tracks on the record with a humblingly pompous guitar solo that rips the track to shreds (as per usual) before the belting chorus stitches everything back together again in time for the battle march of ‘Three Hammers’.

Dragonforce don’t change, but that’s not a bad thing. There’s not much progression here, but who wants progression? What we want is fantasy power metal at a million miles an hour with some tunecore bleeps and a heavy helping of geek lore, and by Merlin’s beard that’s what we’ve got.

This is ludicrous in every single way you want it to be – see the chamber harpsichord intro of ‘Symphony of the Night’ for a cracking example of one of the most ridiculous pieces of music ever written. Dragonforce could only really be improved by actual dragons, maybe something to think about on the next record guys?