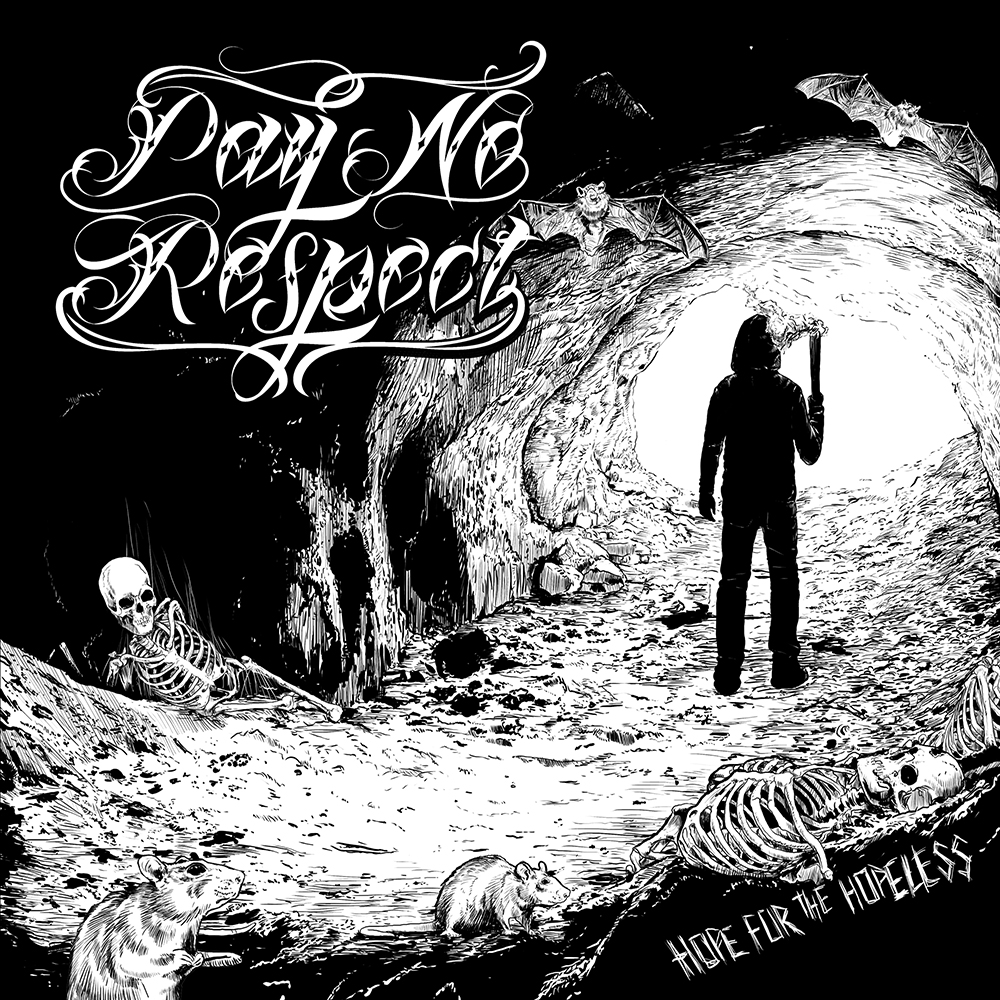 Pay No Respect – Hope For The Hopeless

Pay No Respect charged the hardcore scene head-on, releasing both their debut album and an EP within a short space of each other. Since then, they’ve been living life out on the road, touring, touring and well, touring – with some of the biggest names in their scene. Over the past four years they’ve somehow managed to find the time to find a new member (second guitarist) and write an EP – ‘Hope For The Hopeless’.

With this band you get what you expect. They’re hardly groundbreaking or original, but if you’re looking for reliably solid UK hardcore – these are your ‘go to’ guys. Each song off this 4-track EP is filled with brutal roaring vocals, bone-crushing riffs and (of course) ferocious breakdowns. There are some impressive solos, though, which does set them aside from the other fellow residents in this genre.

In short, this EP is basically everything you’d want from a traditional hardcore album – it’s loud, it’s hostile, it’s aggressive and it’s angry (it really is very, very angry); there are also no frills or melodies which seem to be swamping the rest of the hardcore scene, which to be honest is refreshing – isn’t this what hardcore is supposed to be about?

There are no particularly stand out hits on this one as the standard remains pretty consistent in quality, although ‘Hope For The Hopeless’ and ‘One Chance’ are the slightly stronger tracks. Pay No Respect live up to every element of the hardcore cliché, but why change anything when it works this well?

Venue: Hope For The Hopeless
Support Band: In At The Deep End Records