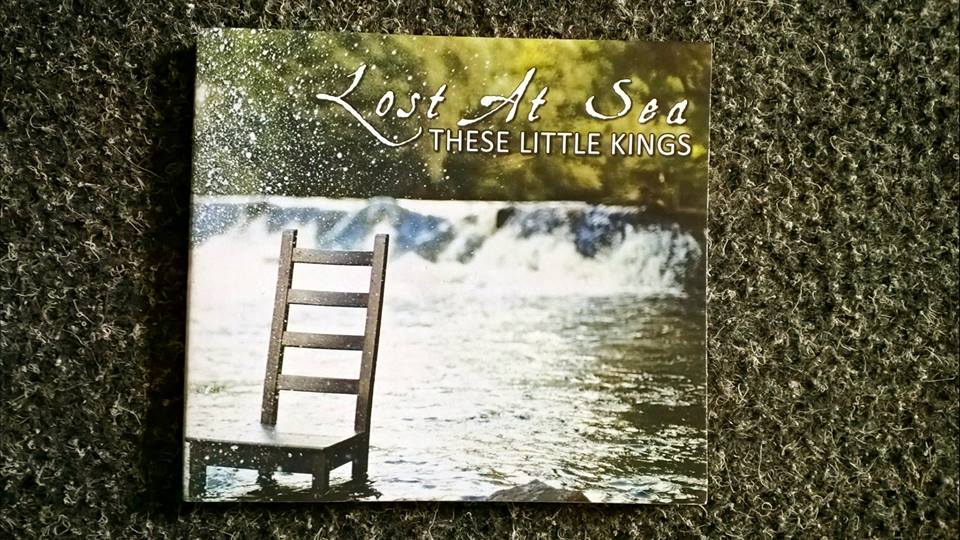 These Little Kings – Lost At Sea

Lost At Sea is the very good debut album from young Glasgow alt-rockers These Little Kings. The four piece band has been together for three years or so now, and it is great to see a band known for their powerful and entertaining live sets now get their first album out there.

These Little Kings have a solid rock approach. A melodic power pop songwriting style with big choruses and soaring vocals is given a harder edge by the twin guitars of lead vocalist Ryan McCartney and Ryan Hamilton. The rhythm section, bassist Leigh Docherty and drummer Ryan Monteith, bring plenty power and the four members of the band work very well together to create a dynamic and lively sound.

The twelve tracks on the album show a bit of variety in terms of tempo and style. Opening track You Don’t Bring Words To A Gun Fight has a great drum beat and a series of crunching guitar riffs that give it real bite. Armour starts slowly and develops into a passionate and rhythmic track. You Are Tonight has a great feel with more big chords and higher vocals that work well.

We Are Sharks was included on an EP released a couple of years back, and it still sounds great, a big anthemic rocker with a simple chorus that sticks in your head. Another track form that EP, OK Corral has a fine guitar intro and a lovely melody that runs right through the song. Of the slower tracks on the album, Battle stands out. This one is passionate and has an air of tension that works very well.

These Little Kings are a young band who are maturing nicely and have created a dynamic sound of their own. Lost At Sea is a good debut album with some very good songs and a high standard of performance throughout. This one has been self released – there may well be a few labels looking to pick the band up when they hear it.