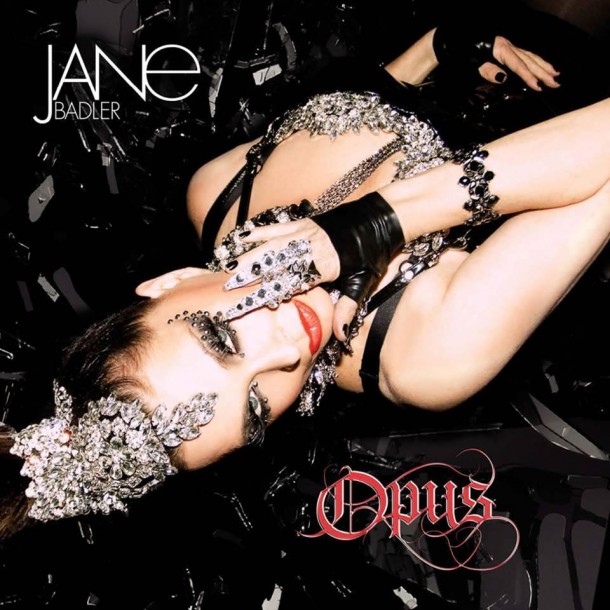 Jane Badler is perhaps best known for her acting career, having played Diana in the American science fiction epic V, as well as many other tv roles. After moving to Australia she appeared in the soap opera Neighbours as well as establishing herself as a night club singer. Opus is now her third album, and the first to be released in the UK.

The album was produced and mixed by Grammy winning producer Jeff Bova, who has worked with big names like Michael Jackson and Celine Dion. He knows how to arrange music in a manner that gives a singer the chance to shine, and Jane Badler does so very well, her strong and melodic vocals giving a pop edge to what are mainly dark cabaret songs with synth backing.

The album’s first track Addicted is one of the best. Slow and dark, the vocals full of longing, this is a deep and moving song. Dead Eyes is another stand out, a tale of love gone bad sung with real feeling. Diamond Crimson Blood has a menacing air, the more dramatic cabaret style vocals working well. And in Return To Passion Badler lets her voice soar, strong and true, bringing the emotion to life.

The album’s first single Losing You is a slower song, the words almost spoken rather sung in places, but the regret and the hurt in the lyrics still comes across clearly. Title track Opus heads more towards pop territory, but the spoken word sections add a touch of drama. And the biting Fame, an attack on the fashion industry, has an eighties synth feel mixed with lyrics that really sting.

It’s a long journey from Diana The Lizard Queen to Jane the pop cabaret singer, but Ms Badler clearly has the ability to perform both roles admirably. Her powerful voice gives a feel of the dramatic to many of her songs, and her emotional delivery gives them real passion. Opus is a good album with several very good tracks, and shows Jane Badler’s musical talents off very well.