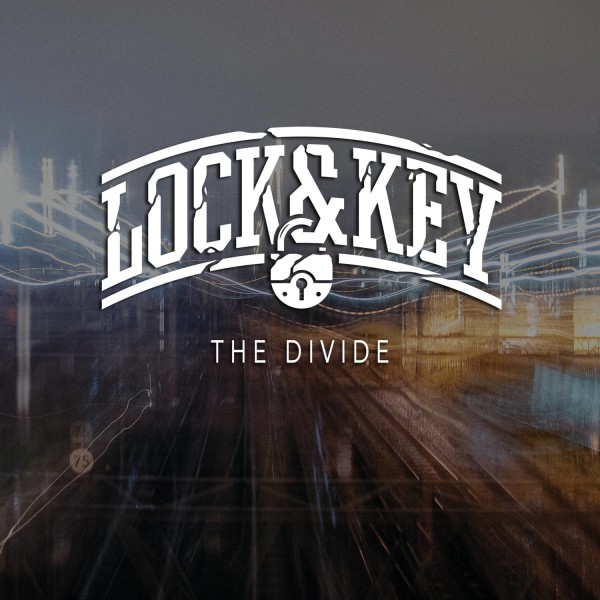 Lock & Key have only been a band for little over a year, but they’ve come with a clear intention of swarming their way onto the hardcore scene with their debut EP ‘The Divide’. Inspired by Frontman Rich Lardner’s turbulous year battling a life-threatening disease, it’s no surprise that this record is packed with authentic pent-up aggression and inspiring lyrics, instantly setting it aside from the endless stream of predictable hardcore.

The EP as a whole is consistently powerful, which is exceedingly rare for a debut. Opening track ‘Down But Not Out’ immediate slays with its brutal vocals, solid riffs and signature breakdown; showing their audience that they’re not here to mess about. Other stand out tracks are faster-paced ‘So Alone’ and ‘The Border’, which features the haunting vocals of Charlie Holmes (Heart in Hand).

Formed from the remains of Odessa, the EP is musically familiar in parts. To be perfectly honest, that’s probably more to do with the genre, as with every hardcore record its ingredients are: fierce riffs, heavy breakdowns and rough, irate vocals. Lock & Key give you something a little extra, though. There’s real passion, attitude and perseverance that has been injected here. It’s unique because whilst it provokes the aggression in all of us, it’s equally emotionally moving. Also it’s a lyrical gem, as it’s one of the few hardcore records filled with quotes that positively inspire.

This EP might have been written about the struggles of hope; however, it seems to have restored hope in new, young bands. It’s loud, it’s intense, it’s powerful and it’s only the beginning. Having already shared a stage with Deez Nuts, Demoraliser and Martyr Defiled, it looks like Lock & Key are already on their way to the top.