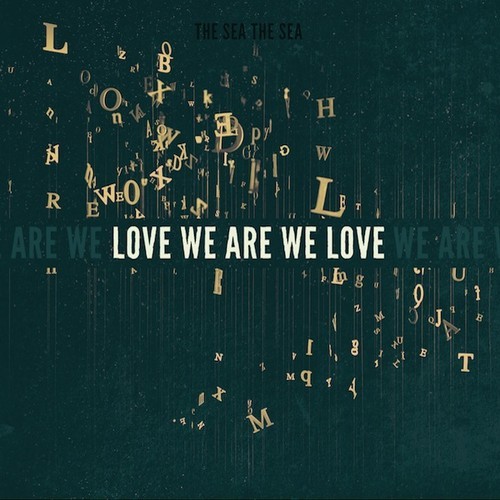 The Sea The Sea – Love We Are We Love

New York folk-pop duo The Sea The Sea, Chuck E. Costa and Mira Stanley, released their debut album Love We Are We Love at home earlier this year to some very good reviews. Now a UK version gives fans on this side of the pond the opportunity to hear their lush harmonies and delicate, beautifully written songs.

The music is very much built around the twin vocals, which work so well together that they almost fuse into one sound, rich and full. Such great harmonies can only lead to Simon and Garfunkel comparisons, and there is a very similar musical approach at work here. The instrumentation just fades into the background most of the time, the guitars, banjo and percussion playing a supporting role. Lyrically the tracks are tight and expressive; there are dilemmas aplenty and a range of emotions from joy to pain come through clearly.

The album’s opener Re: Blah has a country folk air, with just a banjo backing slow vocals that merge and separate repeated to create a striking effect. Guess It Was is an Americana tale of lost love with Stanley taking the vocal lead in superb style. The title track Love We Are We Love has complex vocal interplay in a track that builds as the pace rises.

This album is one that never quite lets the listener settle into a groove though. After a very good opening it heads off in several different directions, the country influenced In The Dark and the slow folk of Watertrader having a totally different feel. And the innovative Boat Song sees Stanley and Costa singing alternate words to create an unusual vocal dialogue.

But perhaps the best tracks on an album full of highlights are In The Mirror, with Mira Stanley’s vocal here quite beautiful, the slower and atmospheric Waiting, a track where the intense sadness of the lyrics is palpable throughout, and the faster acoustic If I Go (Chicago).

This is a very unusual album, and a very good one. The simplicity of the approach hides a multi layered complexity of emotions and sounds that combine to make lyrically clever and sonically memorable music. But what makes it all work is the combination of two voices that work perfectly together. Chuck E. Costa and Mira Stanley are a flawless match, and the end result is in places stunning. I hear they will be playing in the UK soon …

Venue: Love We Are We Love
Support Band: self