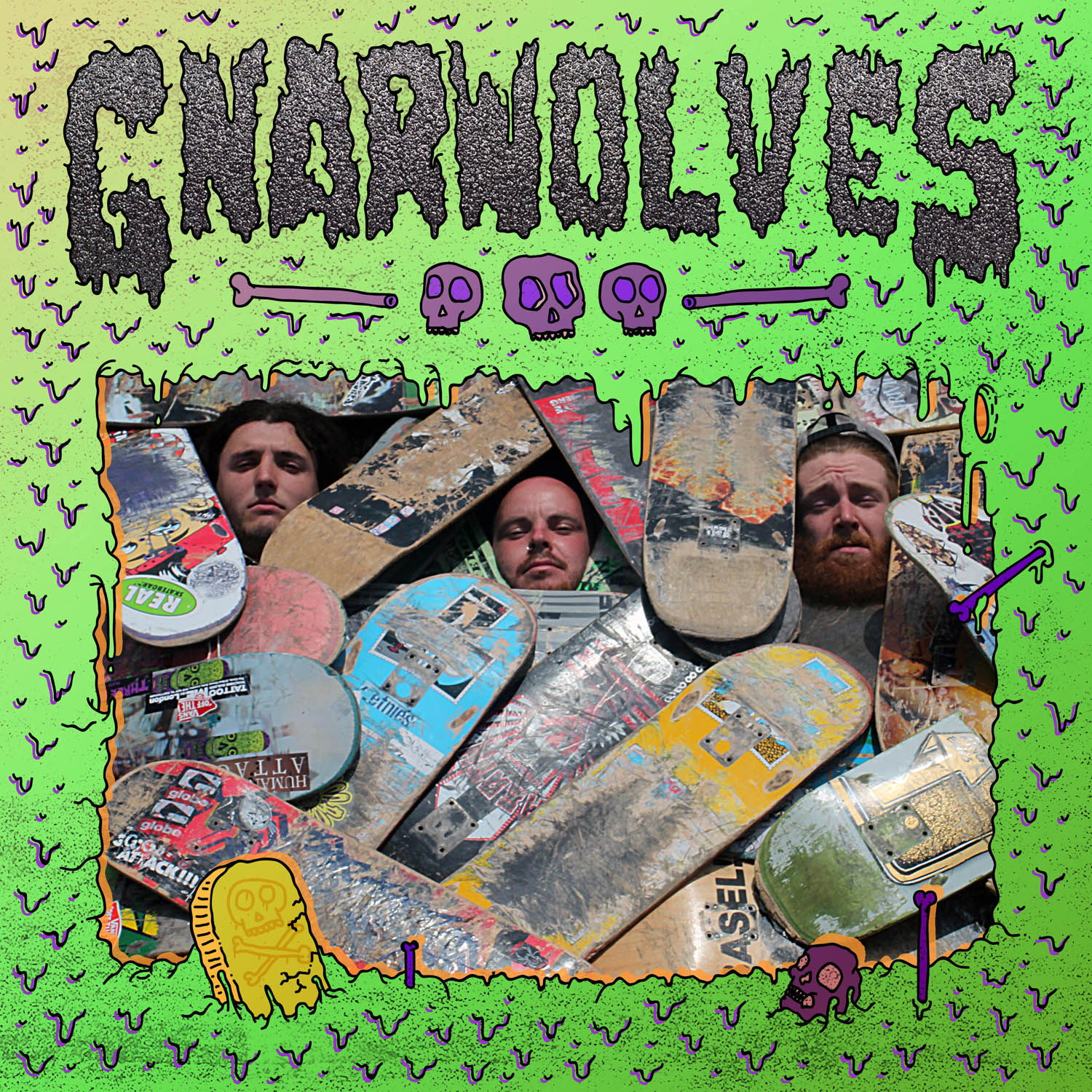 Even before getting our hands on Gnarwolves’ debut full-length, we knew it was going to be good. Why? Because EVERYONE (and we do mean EVERYONE) on our Twitter feed has been raving about it. From Jono Yates of Blitz Kids, to journalists from NME, Metal Hammer, Rock Sound and Team Rock Radio, everyone who’s had a chance to hear the album has been singing its praises.

Is it worth the hype? You’re damn right it is. With its plethora of feel-good, skatepunk-influenced tunes and its melodically aggressive riffage combined with frontman Thom Weeks’ heart-and-soul vocals, Gnarwolves’ first LP shows that the Brighton trio have hit upon a recipe for success.

Building on their distinctive sound, Gnarwolves’ debut album has proved their worth as a band. From the catchy hardcore-influences on ‘Flow’ to the brilliantly anthemic grooves of ‘Smoking Kills’, the record showcases the band’s versatility and affirms their ability to consistently deliver great songs; there is not a single ‘filler’ track here.

On standout track ‘Everything You Think You Know’, Thom Weeks and Charlie Piper sing about giving themselves to the scene – this is exactly what it feels like they’ve done on this record, and the scene has embraced them. With any luck, they’ll be receiving the recognition they deserve on upcoming tours and getting back everything they’ve given.