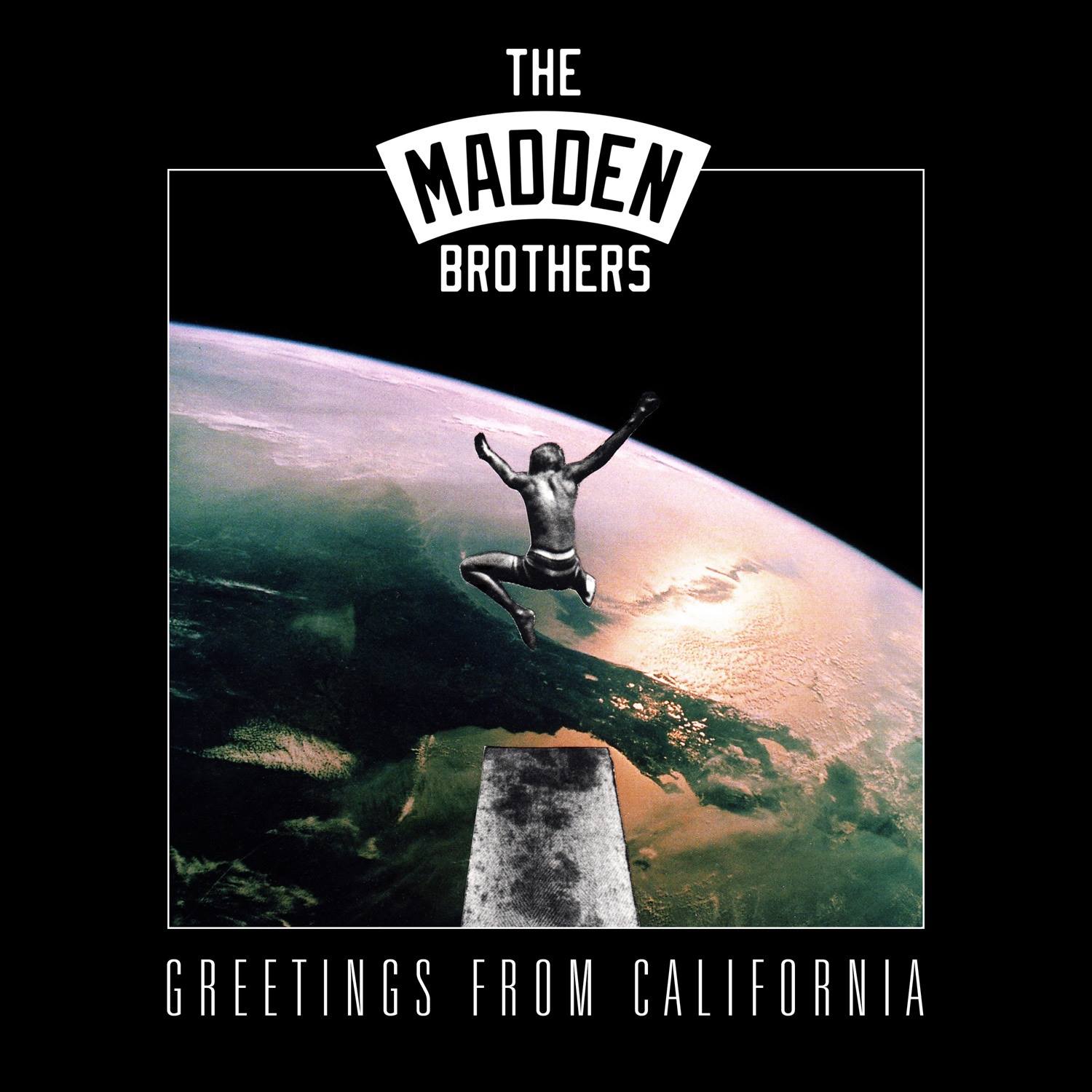 The Madden Brothers – Greetings From California

This is a personal one. I love pop-punk, I love Good Charlotte. I miss Good Charlotte. This was the review for me when it popped up in my inbox. Two songs in I started to realise that the dream was not to be. Nope; no existential “who-am-i-i-hate-poppunk-now-I’m-old crisis”. This was not what I was expecting.

I can’t slate the album, it’s not bad, it’s just not…pop punk. In fact, it’s almost like the Madden brothers have forgotten that they have tattoos on their faces and that they used to have a very punk “stick it to the man” attitude. You could almost go as far to say that it isn’t that poppy either.

It is a refreshing summer feel, I guess that’s California for you, and the 70’s vibe does mean that there is an element of pop, but really it’s a nostalgic trip down what must be a Madden memory lane. ‘Dear Jane’ and ‘Jealousy’ are as close as we get to GC days with big sounds and swear words, but the new sound is where the album is really at, with a new “in love” and adult dimension.

‘U R’ is one of those that shows this in its full glory. Hopelessly romantic and written for wife Nicole Ritchie, it’s one of a collection of songs that prove that it is possible to reinvent yourself and be taken seriously.

The pop songs on the album are fun, plus there are lots of additional love songs like ‘Brixton’ and ‘Love Pretenders’ and somewhere in between there is the most awesome song on the album. A song that starts with whistling ends up in the most massive chorus that really screams get lost and out of my life – ‘We Are Done’ is the best break up song someone has released in a long while.

The problem with the record after the initial shock, however, is the over-production that the album carries. It’s very clean, and almost sterile, which means that although the lyrics are sincere and meaningful, there is very little reality in the sound – something which could benefit from a live acoustic re-release perhaps. It’s more Instagram filter than Snapchat, but there are still elements of fun, and who knows, it could just be a part of the Madden world-takeover money making plan – because you know that girls don’t like boys, girls like cars and money…