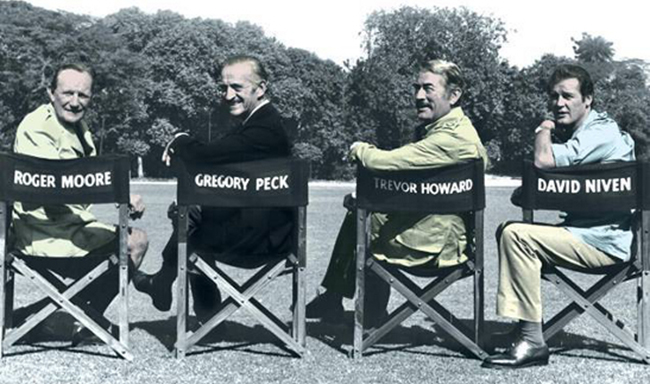 Roger Moore will return… That’s what his previous two books should have said at the end. This now marks his 3rd biographical book – the previous two focussed largely on the Bond movies. Here Moore has focussed on other areas of the business he has worked in with many a special mention to many a name he had the pleasure of encountering along the way.

Many of the chapters in this book are split up into shorter almost sub chapters mainly comprising of a few paragraphs each. And often each of these sections make up a little story of themselves comprising of a name he has worked with or met, something they worked on and a titbit about their personality. Often Moore retells tales of these people that he wasn’t even present for and leaves it at that.

As a reader you want to know about his experiences with said people. We do get this, but Moore is far too polite to spill any real beans, certainly none that are likely to cause the slightest wiff of insult to the living or the dead.

It’s admirable that Moore has remained a gentleman – and over three books now he has still managed to give his recollections a cheeky but good humoured approach. But anyone really looking for dirt has clearly come to the wrong author for it. But anyone even slightly aware of Moore’s public personality will know this already.

The book is divided up focusing on the ladies, the gentlemen, the workforce and the places where he has spent his career (Minus the bond stuff naturally) with and within. Some other entries are much more amusing if incidental. A recent story involving Pinewood, JJ Abrams and access to toilets brings a smirk (And also has you drooling at the idea of Moore being cast in a Star Wars movie (Which sadly is not mentioned). But come on JJ – If Moore is there, and active – get him in the film!).

When he gets into the work itself it flows in a more linear fashion, but again great detail is skimmed over in favour of moving on to the next production and name. This makes for a very easy read. Short pieces make it easy for anyone to end a segment and put the book down in any given moment, and then very easy to pick up again.

Moore has put his thoughts to a variety of key areas in the business as well as times over his elongated career – and he comes out on the other side just as much the gentleman as he went in.