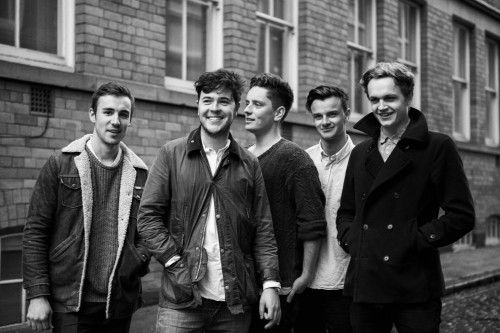 After a spectacular summer of festivals and a well-received EP out earlier this month, Glasswerk’s reporter Jess Kempner caught up with Will from Amber Run to find out what was going on and to introduce you to their beautiful music.

Are there any highlights as an up and coming band in the UK or is it all doom, gloom and spending more than you make?
I wake up every morning under a cloud of existential doubt, but it is an interesting time. Obviously bands like U2 can go and give their albums away to millions of people for free, which is great, but there’s something to be said for working hard to try and convince people to buy your music. With the suffering state of record sales along with the rise of social media, we find that we connect with our fans a whole lot more than bands might have done a few years ago. It is special when you can pick out strangers who genuinely love your music.

What has been the happiest moment of yours in the last 3 months?
We did a lot of festivals over the summer which was our first festival circuit and a wicked time. Not sure if it was within 3 months but we played Dot to Dot in Nottingham to a pretty packed out Rock City which was mad for us. Our first gig together was D2D 2013 and we played a terrible set next door to about 80 people. If nothing else, it was a reminder of how far we’ve come this year, and it’s always good to go home to Nottingham.

Did you enjoy festival season this year?
Yeah, I think we’re all itching to get back to proper touring though as there’s a certain intensity when you’re playing night after night. But we met a lot of lovely people and just generally had a grand old time.

Are there any stages at any festivals that you would love to play?
Sunset slot at Coachella? Pyramid Stage at Glasto? All the big ones, why not? Maybe if there’s a festival in Norway by mountains and lakes, we’d do that. I’d love to do Bestival and Latitude as those are two favourites amongst ourselves.

Do you have any anecdotes from recording your Noah EP?
Well the Noah EP was made up of a bunch of fragmented sessions in the studio, so it’s hard to remember as it was at least 2 years ago. I always point out that Tom actually picked up a bass for the first time to record the song Noah.

What were you all studying at university when you met?
I was studying English Lit and Creative Writing, Tom was studying Law, Joe American Studies and Henry Ancient History, which is just so Henry. Felix is a year younger than us so wasn’t at uni when we were.

If you could be a member in any other band, what would it be?
Ooh I don’t know, it would depend on which aspect we aspire to. I think I’d have to say Elbow for sheer musicality and integrity. Bloody great band. Then again Napalm Death looks like a hoot.

Is there anyone you would never like to work with?
Sid Vicious sounded like a bit of a liability, but I don’t think we’re the kind of guys to slag off both living and influential members of the music industry as we’d get in trouble.

What are your future plans?
More touring, more shows, Pilot EP on the 21st September, maybe another EP, maybe the album next! Who knows. We just want to play our music to anyone who’ll listen.

Catch their session for ‘I Found’ here: