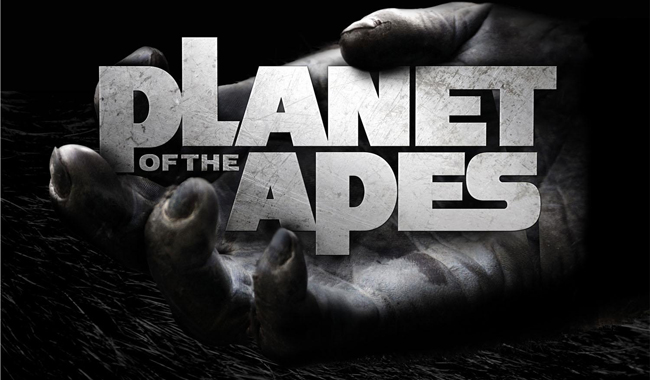 Planet Of The Apes: The Evolution Of The Legend Review

The Planet of the Apes franchise gets a good going over in this large hard cover published by Titan, leaving no stone un

turned along the way.

After a couple of introductions there is a forward by John Landis before the meat of the book really begins.  Naturally the origins of the story are looked at before getting to the first main feature. The four sequels are then discussed in varying length.

About midway in there is a focus on the make-up effects which is still one of the highlights of the early films. There is then a focus on the music of the franchise from the various artists who have contributed.

The legacy continues looking at the expansion of the franchise into merchandise, potential projects that never came to pass and the eventual Tim Burton movie.

It doesn’t end there of course as there is the reboot of the franchise which is now two successful films in, making use of completely different technologies with mo-cap of course.

It isn’t often that a franchise leads the way in several visual technologies over various decades – be it the hard moulded make-up or the computer effects of motion capture – but the Apes franchise is holding onto both merits and running with them here.

We don’t want to pan a well put together book (And trust us – the quality of the images (Including the behind the scenes stuff) look fantastic in print), but as with many books that talk about franchises, all too often less and less time and space is given to the sequels.

It’s true that when you look at most sci-fi franchises there is classic original; and then the odd sequel that reinvented the wheel, and then a lot of lag after that. And all too often the discussion of what has followed a classic original can get a bit dismissive and sparse.

Sadly this book falls down on that very front. The sequels get little room to manoeuvre.  We understand, and even agree that they are lesser films, but surely that shouldn’t stop the need for discussion or analysis on them being deeper than what we get. 10 pages of text and graphics just are not going to cut it as far as recording history is concerned compared to the near 50 pages spent on the original film.

Beyond that this is a solid read. It looks great and is a subject that any sci-fi fan would be proud to own.