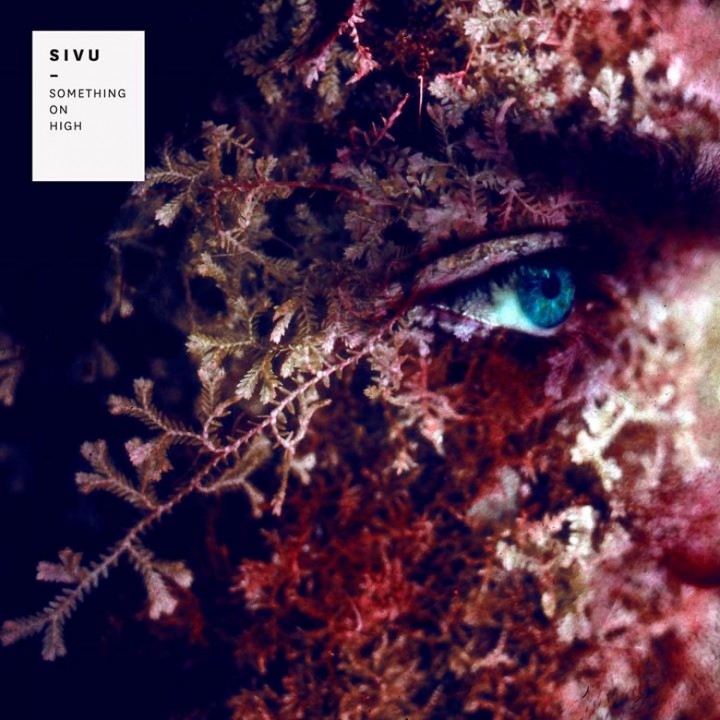 Sivu – Something On High

British singer/songwriter James Page, AKA Sivu, unveiled his debut album ‘Something On High’. Produced by Alt J’s Charlie Andrew, ‘Something On A High’ offers a personal insight into Sivu’s insecurities and doubts, forcing him to look at the bigger picture in life. With the album title drawing inspiration from Van Gogh’s painting ‘Sorrowing Old Man (At Eternity’s Gate)’, the painting depicts a man with his head in his hands, overcome with doubt and insecurity. Van Gough explored the religious connotations associated to this, and believed the man, was in that very moment, the closest he’ll ever be to ‘Something On High’. Sivu, though not religious himself, uses this idea of a ‘greater power’, as a way of coming to terms with his own personal issues. Similar to Van Gogh, Sivu explores these relatable emotions through his own form of art – music.

The skittering beats of ‘Feel Something’ opens the album and immediately sets the tone for what is yet to come. With defined beats resonating like a pulse throughout, Sivu depicts an inner turmoil and sense of insecurity with the lyrics “You can’t hurt if you don’t feel something, best keep all your feelings inside” – A theme that’s quite prevalent throughout the album. With simple piano accompaniment, electronic flourishes, swelling strings and Sivu’s rousing vocals, ‘Feel Something’ delivers an honest and emotive-filled opener. The use of strings continues in ‘Rumination’; a one-minute instrumental track as a bridge into ‘Bodies’. While the stirring strings deliver a sense of stillness, the atmosphere is disturbed by the hustle and bustle of everyday day life, from sirens and drums, to crowds clattering, creating a multi layered effect; perhaps mirroring Sivus own transition from the quiet St Ives to busy London life. Sivu keeps it interesting with a Spanish style guitar intro, mixed with some falsetto style vocals that prove thoroughly engaging. There’s strong biblical imagery used throughout ‘Bodies’ with Sivu making reference to Noah’s Ark: “Cause I watched the animals walking two by two” and “Flooding this place and starting brand new”. ‘Bodies’ suggest a time of renewal and change by wiping the slate clean. Though a darker track lyrically, there’s an uplifting nature with its effective use of strings and euphoric style chorus.

You might already be familiar with Sivu’s breakthrough hit ‘Better Man Than He’, which was first unveiled back in January 2013. The unique video, directed by Adam Powell, shows Sivu being filmed through an MRI scanner. The strangely captivating concept is both contemplative and beautifully haunting, as he depicts a close friends tale of depression. Once again, Sivu evokes effective religious themes with his use of lyrics “follow stars to Bethlehem” and “touch Christ in impending doom”. Sivu’s falsetto style vocals offers light in an otherwise dark place and re-enforces the power of faith and determination, no matter how difficult things my be. ‘Can’t Stop Now’ offers a welcome change of pace with a more uptempo rhythm. Opening with fuzzing guitars and defined rhythmic percussion, the driving melody constantly builds throughout, increasing in anticipation and intensity. The repetitive lyrics “Can’t Stop Now” is in a way mirroring the driving nature of the track. Despite the uptempo vibe, there’s a sense of uncertainty throughout as he tells us: “Somewhere out there we lost ourselves, We can’t stop till we know for sure”. The distorted guitars continue driving till the very end before eventually fizzing out.

There’s something so sinister yet captivating about ‘Love Lives In This House’, with its dark, ominous beats. Sivu’s whispered vocals are dark and intimate and are extremely effective alongside the powerful lyrics “I’m gonna wrap you up and put you in my pocket, I made a few holes just so you can breathe”. While the guitar and percussive rhythms gain in strength and conviction throughout, so too does Sivus vocals. With the track being one of his earliest creations, it clearly outlines his state of mind moving from the small town in St Ives to London; a city where you’re surrounded by people, yet you can feel so alone and completely lose sight of yourself. There’s an extremely live feel to the track which further drives the moody atmospheric nature. ‘My Oh My’ offers a welcome change with Sivu’s airy vocals floating throughout, all the while building to a unique retro-sounding breakdown, featuring brass, strings and guitar. There’s a clear message of trying to remain content in the moment you’re in and the difficulty that poses. ‘We’re still, we’re here, for now. It’s enough”.

While the majority of the album is restrained and intimate in its production, ‘Miracle’ is one of those tracks that strives for more and Sivu clearly just lets go and allows it to soar. It’s a big moment on the track and delivers a euphoric ballad with sweeping strings. Lyrically, there’s a strong sense of life’s purpose and looking at the the bigger picture: “Are you afraid of death? Cause I am too. Cause there’ll be no more you and there’ll be no more you.” Throughout the album there’s a wide range of emotions conveyed from fear to loneliness, all of which are very personal to Sivu as he invites us on this emotional journey with him. ‘Sleep’ delivers a strong sense of self-loathing and being a burden upon others. With it’s downbeat blues-rock rhythms and melancholic vibes, Sivu delivers honest and heartbreaking lyrics such as, “I’m a cruel cold-hearted waste of space” and “I’ll be the stones in your pockets, I’m dead weight”, all further intensified by the building nature of the track with raucous guitars. ‘Communicate’ continues this theme of isolation and loneliness, again mirroring his own personal struggles with London life and that constant yearning for home, family and friends: “Is there anybody out there cause all I can hear is dead noise”. Production is simple and stripped back allowing Sivus personal lyrics and delicate falsetto vocals to speak volumes. There’s such depth in his delivery as he engages the listener to “Leave reality behind and ignore all the feelings inside.”

Closing the album is ‘Departure; a suitably apt title that brings the album full circle as both a closing track to the album, but also saying goodbye and coming to terms with personal issues. There’s a strong classic feel throughout with his use of strings and simple guitar and piano accompaniment, while Sivus vocals deliver a stirring chorus filled with poignant and contemplative lyrics: “Erase ourselves from human race, where time means nothing”. Listeners are treated to an added bonus track titled ‘Family Tree’; one of Sivu’s earliest creations. With production stripped back to simple acoustic guitar accompaniment, Sivu’s raw vocals mixed with some falsetto flourishes take center stage. A nice addition to the album, highlighting how far he’s come on this musical journey.

Sivu has often cited classic artists such as Frank Sinatra, Andy Williams and Louis Armstrong as his musical inspirations. Having already covered Sinatra’s classic song ‘Strangers In The Night’ as a B side single, it’s no surprise further elements of this are scattered throughout ‘Something On High’, from his heavy use of strings, brass and retro flourishes. This is cleverly combined with more of his contemporary influences from Beck to Bjork, however the main driving force throughout ‘Something On A High’, has been Sivus effective partnership with Alt J’s Charlie Andrew on production. The two work in such harmony with each other and present a truly engaging album with plenty of light and shade. Sivu, as an artist, delivers with such truth and sincerity, that you really feel like you’re on this emotional journey with him and connecting to something bigger than ourselves; ‘Something On High’.

‘Something On High’ is set for release October 13th via Atlantic Records.