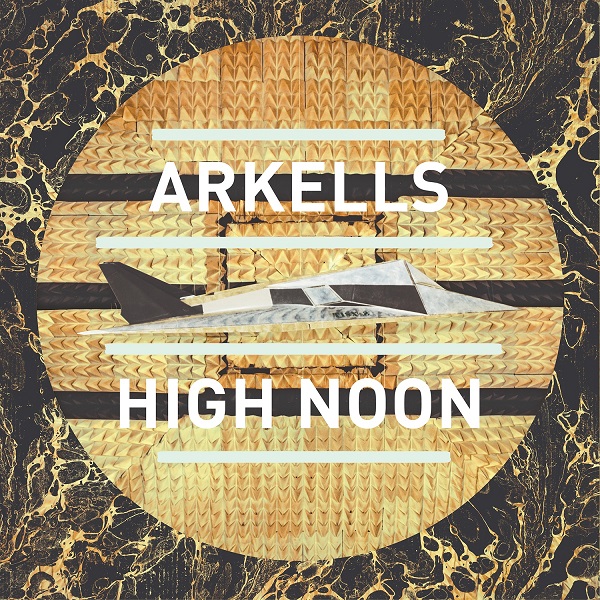 Candian quintent Arkells hail from Hamilton and, over a career spanning eight years and two previous records, have been making people sit up on the other side of the pond. Now, with their third full-length ‘High Noon’, they’re making waves here too.

The album is a confident, adventurous affair, with a mixture of Springsteen-esque rock and roll swagger on songs like ‘Hey Kids’, and the kind of smooth indie assurance that Alex Turner exudes, on standout track ‘Leather Jacket’. It’s a collection of feel-good posi-summer tunes – vocalist Max Kerman’s unabashed lack of eloquent lyricism, and his straightforward, truthful delivery is refreshing when paired with the overall radio friendly pop-rock vibes of the record.

There are moments of punk, obvious on album opener ‘Fake Money’, and experimental infusions of cheery 80s synth-rock on ‘Come to Light’, the record’s first single. But it’s the more consistently pop-rock orientated tracks on the record, ‘Leather Jacket’, ‘Dirty Blonde’ and ‘Systematic’ which hint at a potential for the direction the band might be best off taking in the future.

There are unexpected tender moments on the record – ‘Crawling Through The Window’ is reminiscent of the accessible songs by Transit, with a similar hazy tone, which makes for an intriguing listen.

All in all, it’s a record to keep the listener guessing – it’s eclectic and unapologetically so, but it’s also a solid listen, and one that doesn’t look like it’ll get boring anytime soon, convincing us that maybe the Canadian Juno Award winners might have their eyes on prizes here too.