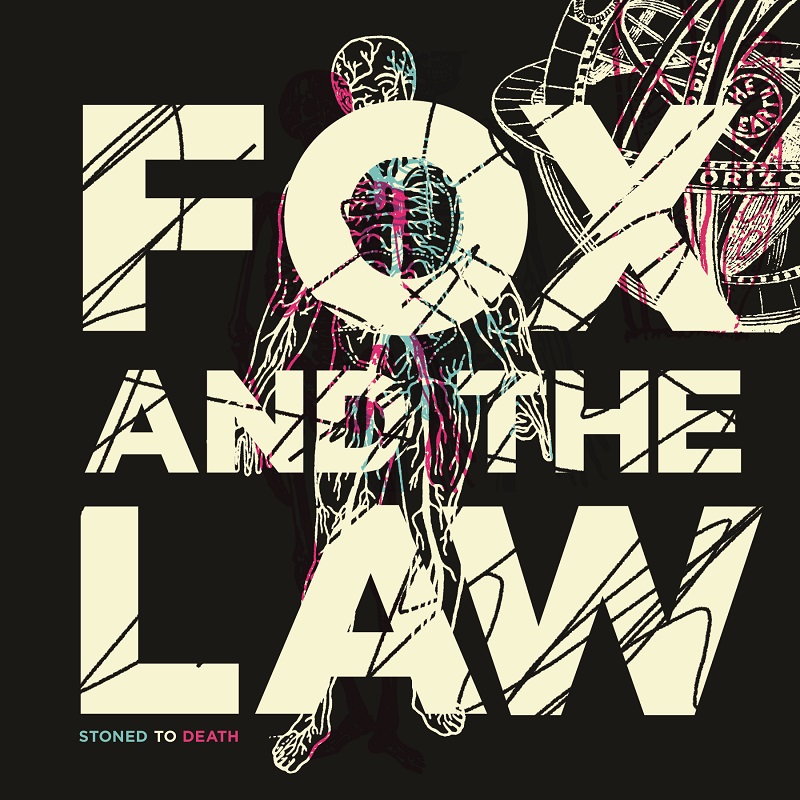 Fox & The Law – Stoned To Death

If you’re coming out of Seattle with any sort of rock music, you’d better bet your bottom dollar it’s good, else you’re gonna be dead in the water and knee high in Kurt Cobain laments. Thankfully for Fox & The Law, their third record Stoned To Death puts paid to any doubters in the crowd.

A swaggering, feisty charmer of a release, this full length smells like a band hitting their stride after paying their dues on the circuit – part dive bar debauchery, part introspective shoegaze, all kinds of fun. One thing’s for certain, front man Guy Keltner knows his way around a fretboard – there are more monster riffs on Stoned To Death than Slash has forgotten.

Lead single ‘Cheap Talk’ is perhaps the best introduction to the quartets brand of classic rock meets garage blues by way of prog. A monumental crushing riff, a wash of cymbals, Keltner’s signature (and most impressive, by the way) screechings and a groove that could shake the 70’s to their foundations. It’s like Led Zeppelin jamming with Jack White – a rock orgasm that lasts for just about long enough to handle. Elsewhere, this impressive offering takes in instrumental segues like ‘Emily’s Sister’ and prove that F&TL have a few more strings to their bow than might at first be apparent.

Forget making lazy Nirvana comparisons where few exist. Perhaps, in light of this stunning bluesy and rootsy release, it might be more fitting to say that Seattle’s spirit of rock remains undampened and joyously righteous in the hands of class acts like Fox & The Law.