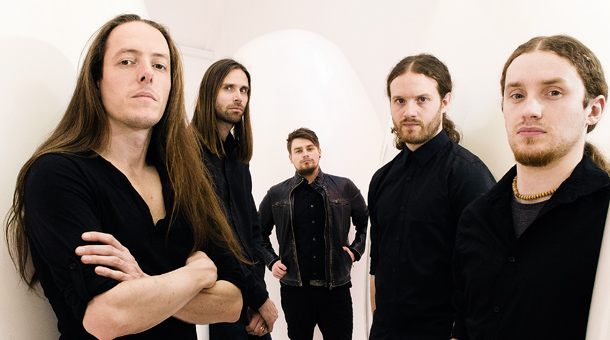 For a venue that didn’t start out as a venue, Sound Control is great. One of the smaller and more underrated venues in Manchester, its loft stage plays host to two of the best prog metal acts on the circuit tonight. The tiny venue has sold out – the crowd is made up of an eclectic mix of fans – the bands on the bill are the kind that have a wide, varied and staunchly loyal fanbase.

Opener Navene K can only realistically be compared to high-octane duo The Algorithm – his drumming is spectacular (he is, after all, the former drummer for Animals As Leaders amongst other bands), and although doors are early, the room is full of people ready to see him display his talents. Playing tracks off his debut EP ‘Mind’, Navene K soon has the audience in awe – a fitting opening act to a show that only gets better as it goes on.

The members of Animals as Leaders exude a simple, yet spellbinding sense of ease and familiarity on stage as they tear through a set of songs that every musician, aspiring or otherwise, wishes they could master. The instrumental prog-metal by the Washington D.C trio is unique and their set is a good mix of old and newer tunes – from ‘Tempting Time’ to ‘Lipincott’, ‘Tooth and Claw’ and the brilliantly captivating ‘CAFO’ (which induces a pit, much to lead guitarist Tosin Abasi’s surprise), each perfectly crafted and executed piece is followed by deafening applause.

TesseracT are a band that tour relentlessly, but even though it’s my 5th TesseracT gig, I still feel the same sense of excitement as always – even more so now, because this tour is their first with vocalist Daniel Tompkins back at the helm, playing the songs that were, of course, written for his voice. As a massive Ashe O’Hara fan, I was soon blown away by the sheer energy of Dan’s stage presence – his renditions of the six-part ‘Concealing Fate’ masterpiece are captivating, and ‘Nocturne’ goes down a treat with everyone in the room – it’s impossible not to be won over. Pits open up, fans start crowd-surfing – the atmosphere is electric, and as the last down-tuned notes ring out and the corwd slowly disperses, all I can think is that I can’t wait for the 6th time I see TesseracT live.