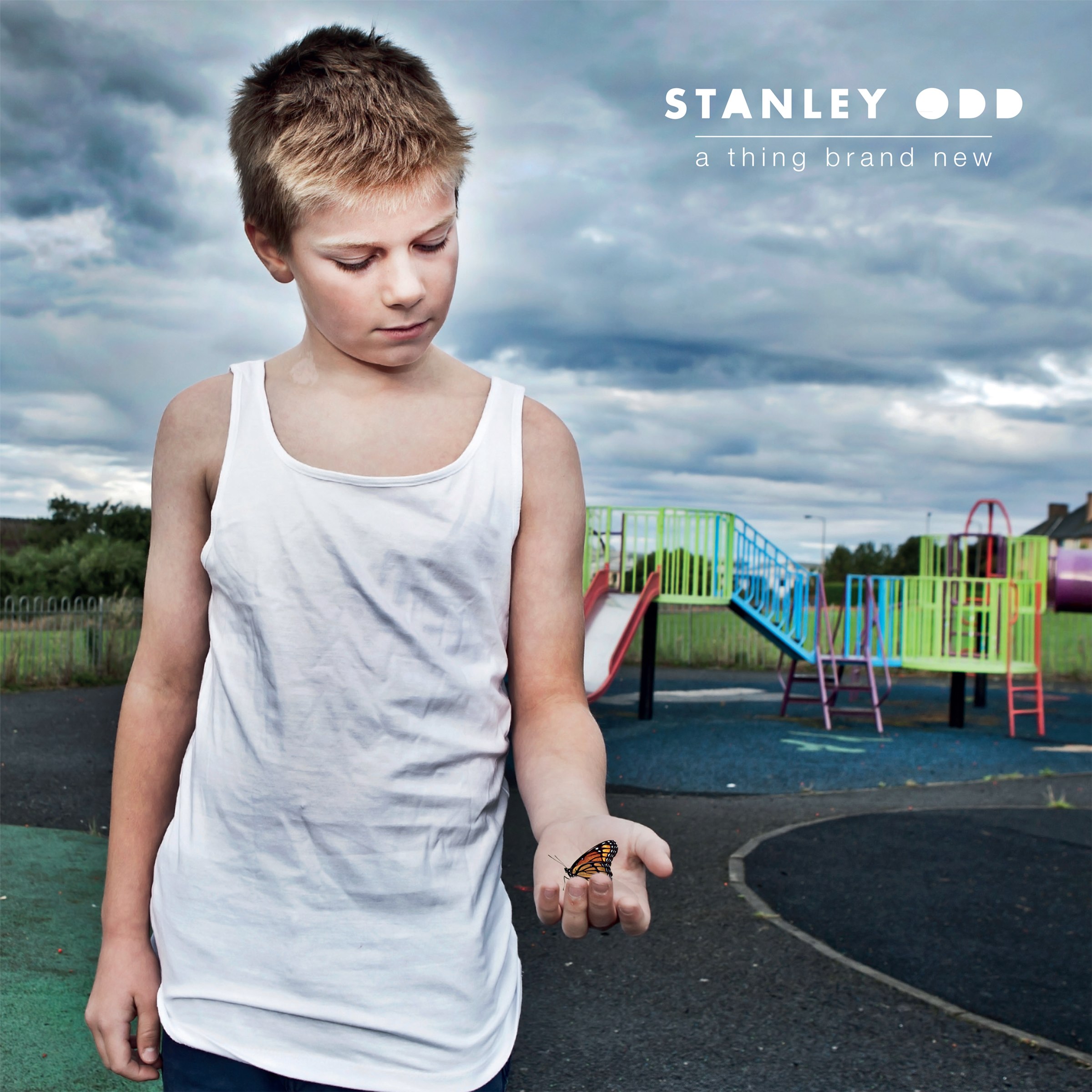 A Thing Brand New is the excellent third album from Edinburgh based alternative hip hop group Stanley Odd. Coming two years after the critically acclaimed Reject, the band builds on its growing international reputation with a solid, and very Scottish, release. There is really much more to Stanley Odd than hip hop, and this collection of eleven new songs shows the range of the unusual collective’s talents.

There are three key elements to the Stanley Odd sound. At its heart is the lyrical skill of MC Solareye (aka Dave Hook), whose songwriting is at times highly political and biting, at others deeply personal and touching. Add in the soulful voice of Veronika Electronika (aka Paula McGoldrick) as a beautiful counterpoint to the machine gun rap. And then back it all with a vast variaton of musical backings from four excellent musicians by the names of Scruff Lee (guitar), T L O (piano), AdMac (bass) and Samson the Snake (drums).

As with many of the songs on Reject, Solareye sets his sights on recent political developments, finding typically clever ways to frame his insights. The Walking Dead is the best of these, arguing that Thatcherism is alive and well in the current government’s austerity policies. The very good Who Am I? is a search for cultural identity in a country that Solareye increasingly feels alienated from. Imperial past, modern scapegoating of immigrants and organised religion are all mentioned, but the big question at the heart of the track just doesn’t have an answer.

The album’s first single Pastime bemoans the disquiet about modern life that many feel, yet fail to do anything about, opting for a quiet time instead. Opening track Get Back To The Basement hits out at electronic surveillance, referencing Bradley Manning. And the album’s closer Son I Voted Yes takes a post independence referendum look at Scotland’s future with a rather weary air.

The more personal songs are also very good. To Be This Good Takes Stages is something of a potted history of the band, from Solareye’s first performance in a school hall to the formation of Stanley Odd and eventual success. Her Name Was Hip Hop is probably the best track on the album, from Electronika’s lovely intro to the fast paced rap and eventual realisation of the power of music. And Monsoon Season sees Solareye muse on impending fatherhood, his doubts and fears mixed nicely with anticipation.

A Thing Brand New is an exciting collection of songs that offer a great deal to think about. It is really worth studying the lyrics to these songs and appreciating how expertly crafted they are. And the musical backing provides a rich scene for the words to play out on. Stanley Odd will be embarking on a short UK tour to mark the album release. These guys are exciting and energetic performers and always worth catching live.