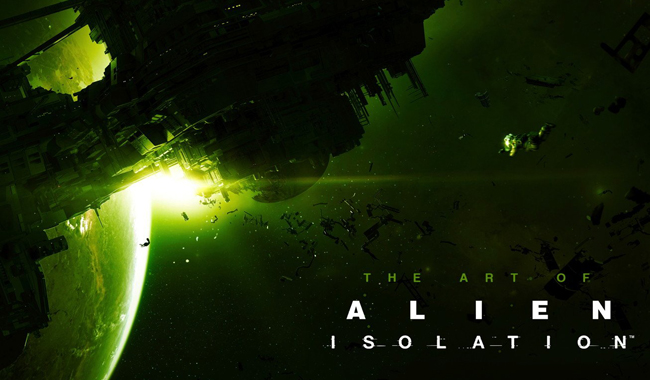 The Art Of Alien: Isolation Review

Discover the true meaning of fear, and how it is wrought, by diving headfirst into Titan’s The Art of ALIEN: Isolation. Taking it’s inspiration mainly from the first film of the franchise, this atlas of the game is heavy on the detail but never feels over bearing.

Each chapter focuses on a particular aspect of the making of ALIEN: Isolation, beginning with the characters and then the weapons/equipment of the game. And, while the last chapter detailing the creation and manifestation of the xenomorph will undoubtedly be the highpoint for many the reader, it’s the focus on the Sevastopol station which holds the greatest insight.

The map of this world is on such a massive scope, that it’s easy to forget just how much detail truly goes into it. But everything has been thought out, and the scene where the game’s climax takes place is a stunning scene in it’s own right, regardless of what goes on within.

For any fan of the franchise, it’s interesting to see the inspiration take shape in this format, and to be done with such effect is testament to the game’s artists and designers. To fans of the game, this book is a sure hit. The intricacies involved are so minute and vast all at once, that it’s near impossible to take it all in during game play. But here, you can immerse yourself in it without the fear of being killed.

Titan have published what is easily the most intrinsic view one could get of this amazing game, one which captures the essence of what made the ALIEN film as popular as it has become. And, while some sequels and spin offs haven’t entirely been up to scratch, this game makes up for it. It’s a beautiful game – and it certainly looks it here.