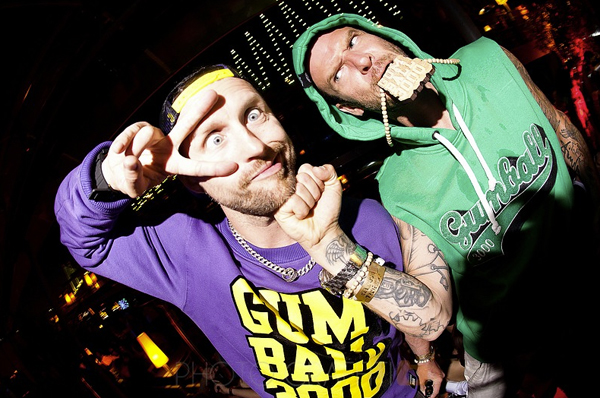 Win A Copy of ‘Pritchard & Dainton:The Rise and Falls’ on DVD

The unbelievable roller coaster ride of Dirty Sanchez is about to hit your screen on December 8th in a hilarious new documentary, Pritchard Vs Dainton: The Rise and Falls, narrated by Welsh legend, Howard Marks.

Looking back on 13 years of absolute mayhem with director Jim Hickey, a cast of dozens, including Motörhead’s Phil Campbell, take part in an hour of total carnage documenting the life and times of the duo behind the world’s stupidest but most lovable show.

Dirty Sanchez ended in the only way it ever could; like the result of filming Jackass on speed in a bum-fuck town in the middle of Nowheresville with a bunch of Welsh skaters. The pranks and stunts were ridiculous, there was more beer and drugs than you could shake a stick at, but the camaraderie and resulting fun from dead-end boredom resonated with a generation of school boys, students and big kids.

“I once went to a house party with Pritch and looked at the table and never seen so much cocaine in my life” sums up Mark Williams, twice World Snooker Champion “I then walked out of that party with a bald head. Ha! What a pair of wankers, but I love ‘em!”

We’ve got a copy of the film on DVD to give away, all you need to do is follow us on Twitter and post the link to this article along with “#DirtyWerk” and the answer to the following question:

Q: What is the name of Pritchard and Dainton’s diminutive friend?

Available to pre-order from www.pritchardvsdainton.com