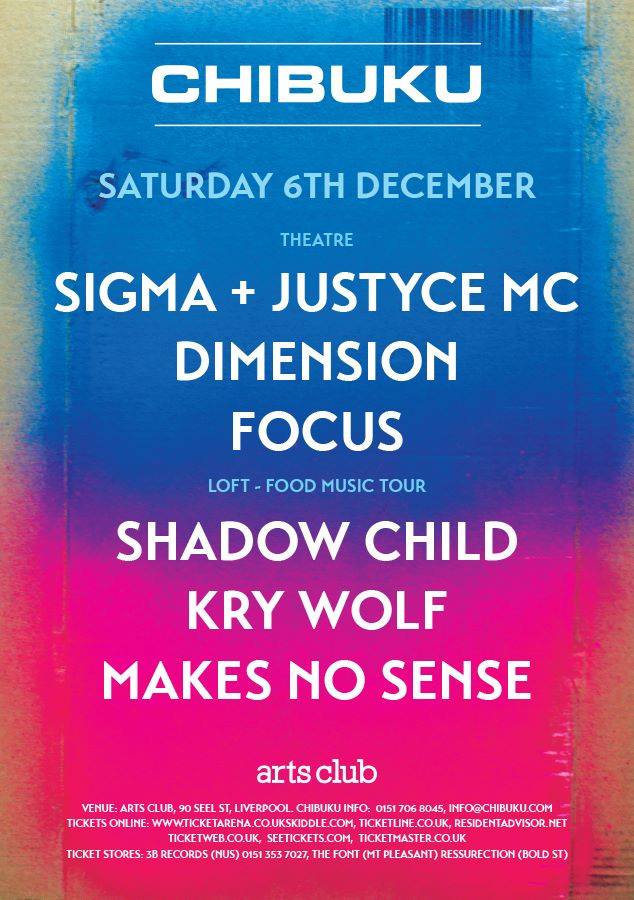 Their 2010 collaboration with DJ Fresh “Lassitude” peaked at number 98 on the UK Singles Chart with follow up “Nobody to Love”, a rework of Kanye West’s “Bound 2”, topping the UK singles chart. The video for Nobody To Love has racked up a mighty 76 million views to date. This success was quickly followed up by another chart topper when their second single, “Changing” ft. Paloma Faith, was released.

The two-some will be joined by Shadow Child, Kry Wolf, Dimension, FOCUS and Makesnosense and we’ve got a pair of tickets to give away!

Don’t forget the official Chibuku After Show Party now rages from 4am – late at Heebies Basement on Seel Street after each and every club night.