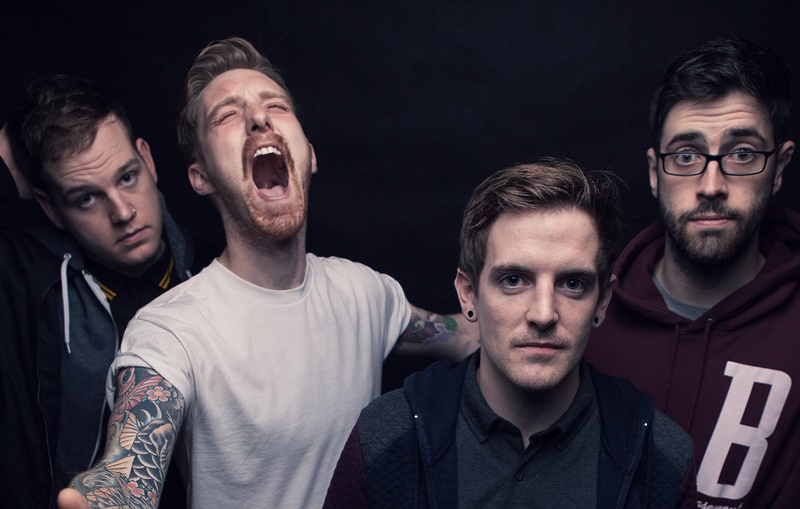 Dublin-based band Only Rivals have just finished recording their debut album and their year culminated in supporting New Found Glory on the UK Pop Punk’s Not Dead tour. Glasswerk’s Chris Droney had a chance to sit down with the foursome after their last set of the tour, and got to know them as a pack of talented, funny and all round nice guys.

Glasswerk: You’ve just finished up your first album, how was that?

Jason (Guitar, Backing Vocals): It was amazing, it went really well. Smoothly. We all just, kinda, sat down together over a couple of months and wrote the album. The writing process was really easy. Recorded it in 2 weeks. Really enjoyed the whole process. (Stephen: The album’s gonna suck…). We recorded it with Neal at Manor Park Studios, who did our Details EP. He was the sound engineer and producer on the album.

Sean (Bass): He’s kind of like the unofficial 5th member of the band. I suppose when you find someone that just gets it, what the band sounds like, he’s got a great idea and then it’s just so easy.

Jason: We used him for the EP, we were really happy with the sound of that, so kinda pushed on with that as well.

Glasswerk: There were a couple new songs in tonights set?

Glasswerk: And do you know how many tracks will be on the record?

Sean: But we don’t know.

Sean: I think it depends if, like, the songs might be good, but might not make sense on the album. So, it all depends on when we get the masters back and we’ll make some decisions on that.

Glasswerk: Any idea when those decisions will be made? Or when we’ll start getting more news?

Jason: After the new year, for sure. We’re talking about March, maybe April, for getting the album out. Around March 2017, maybe 18…

Stephen: But before the summer, so we can get to the festivals and stuff.

Glasswerk: So, that’s the plan for next year?

Stephen: Ya, festivals, tour as much as is possible.

Jason: Get the album over to a few labels and see what they think.

Glasswerk: So, how was the tour? How was Pop Punks Not Dead?

Jason: Ah, it was amazing. NFG are, like, a band we grew up on, partly why the 4 of us are friends and started a band. So, to go on tour with them is amazing. And, they’re such lovely lads as well, really welcoming. From the first day it was just a relaxed atmosphere and really great.

Sean: I think we’ve been having to share dressing rooms with Candy Hearts and State Champs as well, and from the get go we were all getting along really well. And The Story So Far, everyone has just been really nice. Which just makes it easier. Obviously it’s all American bands, and we’re the only Irish one, but they’ve just made us feel so welcome. All the other bands have been doing it for a lot longer than we have. But it’s been awesome. Gutted it’s over.

Glasswerk: So, you’ve toured with New Found Glory, and you also had that amazing show with Finch at the Underworld, two bands that are huge in the scene. Are there any others that you’d love to tour with? Like, who’re your dream band to tour with?

Stephen: Blink-182. That would be unbelievable.

Glasswerk: And, what has been your highlight from the past year?

Jason: For me, it was this tour. This NFG tour is my highlight, definitely. Really great way to end the year, these being our last shows of the year.

Stephen: Finishing the album and then coming straight on this tour was a pretty great way to end the year as a band.

Sean: My highlight was, you know when you’re watching MTV2 top ten new tracks or whatever, and when Borders was on that. (Stephen: That was pretty sick) Seeing my bands video on MTV2 is like a full circle moment or whatever you call that, it was just mind blowing. It was just the first moment when I was like ‘holy shit’. Brixton as well (supporting All Time Low).

Ally (Drums): Just been asked to join this band with these lovely lads.