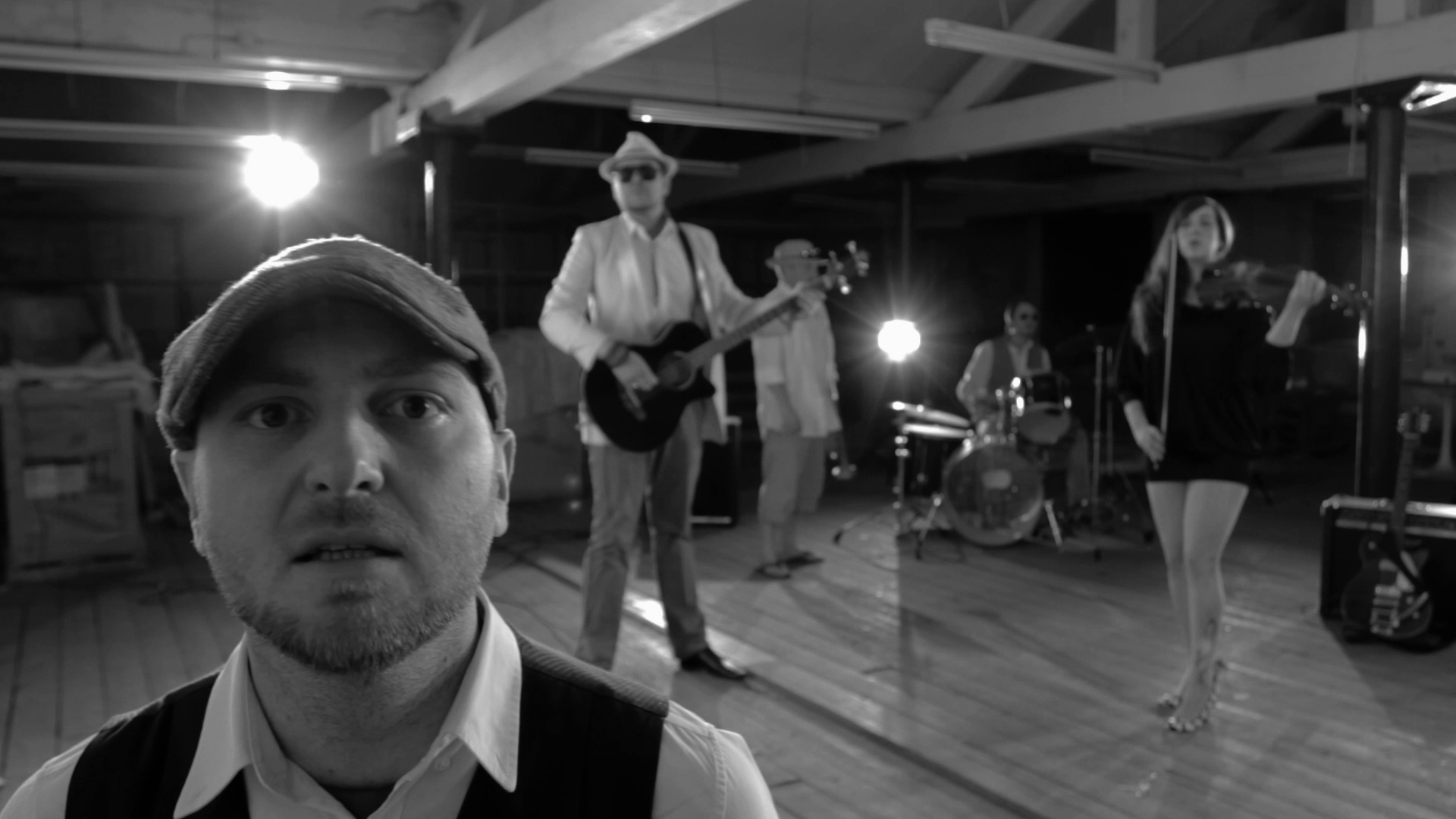 We caught up with Simon Bradshaw of Liverpool based mariachi-indie outfit Roja recently to find out more about their latest release, working with Probe Plus records, combining brass with sass, and the benefits of penning a Bond-worthy theme. Download their latest release, the ‘Promises I Should Have Kept’ EP by clicking here.

Hi Simon – always nice to find some fellow Scousers, thanks for speaking to us.

No problem at all. It’s also nice to find some fellow Scousers working in other parts of the (and please forgive the term) “biz”.

What do you think it is about Liverpool at the moment that’s producing bands of such high calibre?

It’s never really been any different to be honest. We’ve always had that quality and variety. I just think that the levels of recognition for bands from Liverpool goes up and down. In 20 years or so of playing music in the city I’ve seem some incredible bands that have maybe only achieved modest levels of success and some less talented acts go on to be world beaters. The difference being that they’ve got the essential graft element to being in a band sorted and that Liverpool was more on the map in terms of the whole UK music business at that particular time. Liverpool Music Week has certainly gone a long way to solving this though – it’s a smashing event and allows us to pool all of our splendid resources.

You’re in some illustrious company on the city’s legendary Probe Plus label, how did that come about?

Textbook indie story – In 1999 I sent Geoff Davies (owner of the label and all round legend) a demo tape and an invite to a gig. He was good enough to put out the first Marlowe record on his label, and despite the commercial disaster that followed, he backed us up for 2 further albums. During that time I worked a bit for the label as well so got to see the inner workings of a genuinely independent record company. It was fantastic! Obviously Half Man Half Biscuit are a band we are privileged to be associated with but there is tonnes of other incredible music on the label which is now closing in on 35 years worth of records. Anyway when this Roja thing started I knew Geoff had a love of Morricone and Spaghetti Westerns so thought it might be up his street…

Probe Plus always insist on using a 2 inch tape machine rather than digital recording so we used Frog Studios in Warrington with engineering mastermind Mark Walker. It’s not glamorous but if you do want to end up with a record that sounds like it was recorded in the 60’s/70’s that tape machine certainly does the job. The band is pretty much the same group of musicians I’ve been working with for 20 years but special mention goes to Chris Doherty who played the Trumpet parts on the album. Without those it’s very different record. We also had a fine gentleman called Dave Thom who rocked the accordion, Rob Strachan (of Liverpool country band Black Snow Rodeo) play baritone guitar, and my splendid jazz singing wife Rosalind Bradshaw duets on a couple of tracks. So the album has quite a collaborative feel really.

Your music is highly cinematic and has more than a touch of Tarantino about it, where does the mariachi influence originate from?

That’s very kind of you to say! I wanted the album to play like a soundtrack to an unmade Tarantino film. However it came around basically via a fairly glib comment. Ed the bass player is very much the contemporary style guru of the team and whilst we were making our last rock record I said, “What’s next?” On instinct he said, “Mariachi Death Metal.” The Mariachi appealed to me (as does the Death Metal but that’s another story) so I started looking into it – Ed wanted us to be the band that plays in the bar in “From Dusk Till Dawn.” Once I started looking into the history of the music – although I love Mariachi El Bronx, Calexico and that Americana sound – it’s the real turn of the century recordings that have a feel that is so evocative, it forced me to write tonnes of songs in a short space of time. This combined with a love of Spaghetti Western soundtracks and over-dramatised lyrics, the basics of Roja came together quickly. Frankly, it’s incredibly enjoyable to write for this style of music – horns, strings, accordions, interesting time signatures and instrumentation. It has been a pleasure. Beyond that Geoff at our label has been a guiding hand. He has a breadth and depth of knowledge about music that most can only scratch at so he’s been invaluable when putting this record together with some kind of authenticity.

There’s also a lot of darkness and melancholy in the tracks that’s not traditionally found in this sort of music – is that something you’ve consciously imparted?

Well this was my problem when I decided to take on a genre of music I only had a distanced view of. I had to try and find a way to be as authentic as I could – and being a boy from Liverpool as opposed to turn of the century Mexico that certainly has it’s challenges! I think the key to writing lyrics that are representative of the genre is to focus on a more narrative or emotive storyline. It has to be bruisingly honest, and filled with integrity because that’s what the great Mariachi masters (like José Alfredo or Vicente Fernández) have always done. So although there is the concept of the Mariachi party band, there is also a strong tradition of dark, dramatic storytelling and that was the angle we went for.

Do you think there’s a parallel between the Scouse attitude and our neighbours across the sea in the states? Liverpool is often called the New York of the UK…

Yes I do and certainly in terms of art culture. Like New York, Liverpool is one of those places where whatever you want to see, do, perform or exhibit there will always be a culture, venue and audience for it somewhere in the city. Both cities have an open mindedness which enables art to flourish.

They’ve just announced the new Bond film – can we expect The Evil Stands High on the soundtrack? That’s a theme if ever we’ve heard one.

Thanks again! If only! That was the intention of the song really – we wanted something big and blustery to kick the album off with, and that track has certainly done the trick. It’s a great calling card for the band. Probably the best recorded song we’ve managed to put together in 20 years.

Where’s your favourite place in the city to hang out and draw inspiration from?

Lark Lane. We have all lived on, in and around that place for most of our careers and a number of our great times, songs, plans and schemes have happened in one of its pubs or somewhere in Sefton Park. It’s a unique place.

I’m writing for the second record now with plans to have it out late next year. Very excited about it because I feel we have upped a gear with the new material already. We are also gigging with Half Man Half Biscuit so that should be a great deal of fun. We’ll just keep on keeping on…