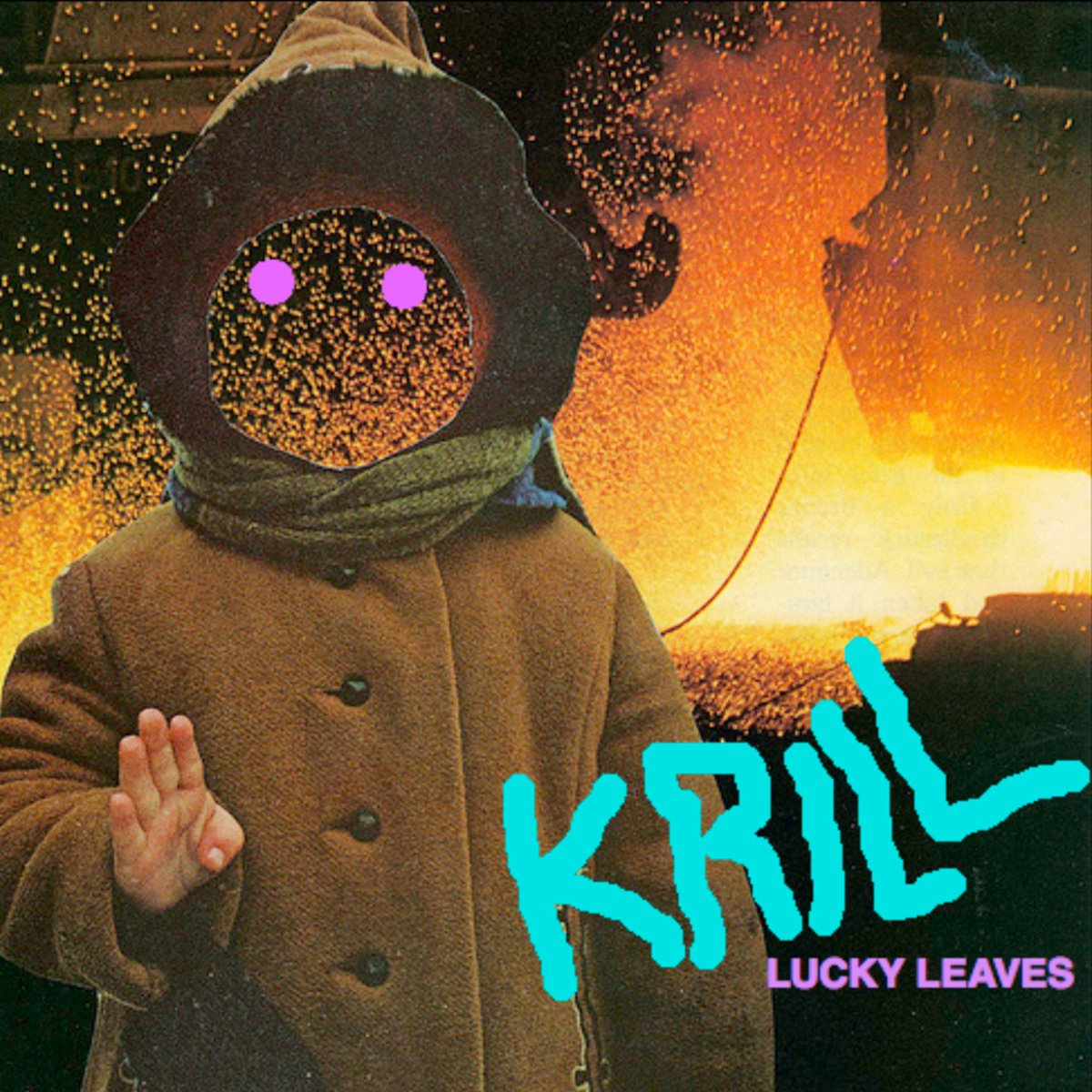 Lucky Leaves is the UK debut from Boston’s indie trio Krill. The rather offbeat album, the band’s second overall, was originally self released in the USA last year, and is now brought to UK listeners by brand new London label Steak Club.

Lucky Leaves shows a band with considerable talent. The songs are heavily emotional, describing all sorts of suffering from a mild funk upwards in an expressive and, in places, quirky manner. Musically the indie approach is often bass heavy, with jangling guitar and solid drums. The trio – Jonah Furman (bass, vocals), Aaron Ratoff (guitar) and Ian Becker (drums) – have a somewhat manic appeal and the album comes together nicely in a slightly low-fi way.

There are a several very good tracks on the album. The upbeat sound of Oppressor is based on a massive bass line and some lovely intricate guitar work. The drums pound behind high pitched vocals and the lyrics tell of a failure to allow yourself to feel good, becoming your own oppressor. Tetherball opens with a great guitar riff and settles into a jaunty sound. And the single Never A Joke rises and falls beautifully as Furman displays a good vocal range.

Peanut Butter, the one additional track added to the original album for this release, tells of breaking into someone’s house and getting caught in the act. Its sleazy bass and unusual guitar sounds give it a nice edge, and it feels like part of the album rather than an added extra.

Krill have a sound that takes an indie approach and adds several layers of interest to it. Some of the bass lines are quite striking and the quality of the songwriting is high throughout. The album is available for digital download as of now and will be released on frosted clear vinyl or alternatively on blue & purple ‘splatter’ vinyl. Think that’s odd? Apparently the first Krill album was originally made available on a USB drive embedded in a ball of mozzarella cheese.