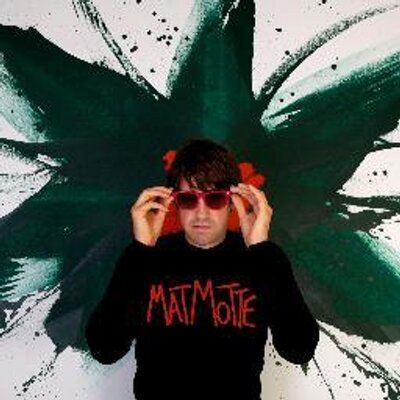 Mat Motte And The People That Hate Him – High Maintenance/ Lame

Matt Motte and The People That Hate Him returns after the quirky Summer Sun single and are now rolling out a double single for the follow up this December with High Maintenance and Lame.

High Maintenance takes a deliciously electro vibe which gives the song a 80’s retro vibe. Throw in some grungey/punk sounding bass and you get a cascade of noise and effects that keeps the listener alert as well as the artist’s work fresh.

The song lacks perhaps an attentive polish as the end result still sounds a bit raw, but there are plenty of layers here being juggled so it’s eventually all going to accelerate towards a collision of noise.

Balancing this is the second track, Lame, which is initially as acoustical as Mat Motte is likely get – later elevated by organ and a few background bongs to guide the way. Lame is a song likely to strike more of a personal nerve with listeners and is far better judged that the chaos of High Maintenance.

The combo pack is a well judged direction to take the single releases as it expands out from Summer Sun in both opposite directions. It seems that Motte decided instead of serving up one direction or another he decided it was best to give fans a bit of the best of both worlds.