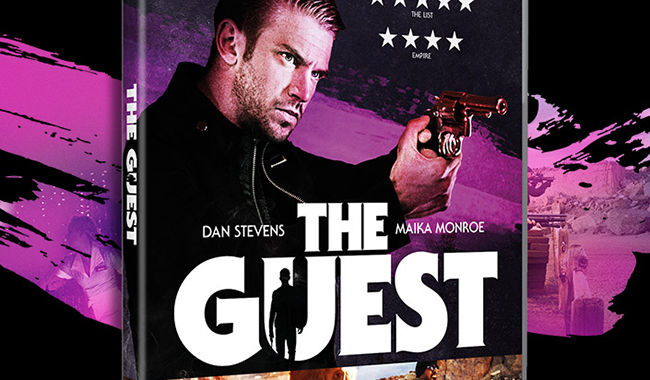 The director and writer of You’re Next team up once more for one of the coolest and most acclaimed films of 2014. Boasting an awesomely badass standout performance from Downton Abbey’s Dan Stevens, The Guest is one of the most talked about movies of the year and perfectly balances explosive action, wit and genius script writing.

Make sure you invite The Guest into your home this Christmas on Blu-ray, DVD and digital download. Available to own from 29th December from Icon Film Distribution.

The Guest was named of the festival by Filmwerk at this years FrightFest in London – so it’s with joy then that we are in a spot to give away a copy of the film on DVD for one lucky winner. You will also receive a randomly selected T-shirt and Blu-ray title from the competition organisers!

To be in with a chance please have a look at the following question.

Which other film below did Dan Stevens appear in this year?

B) A Walk Among the Tombstones

C) Guardians of the Galaxy

Send us your answer along with your postal address to editor@filmwerk.co.uk