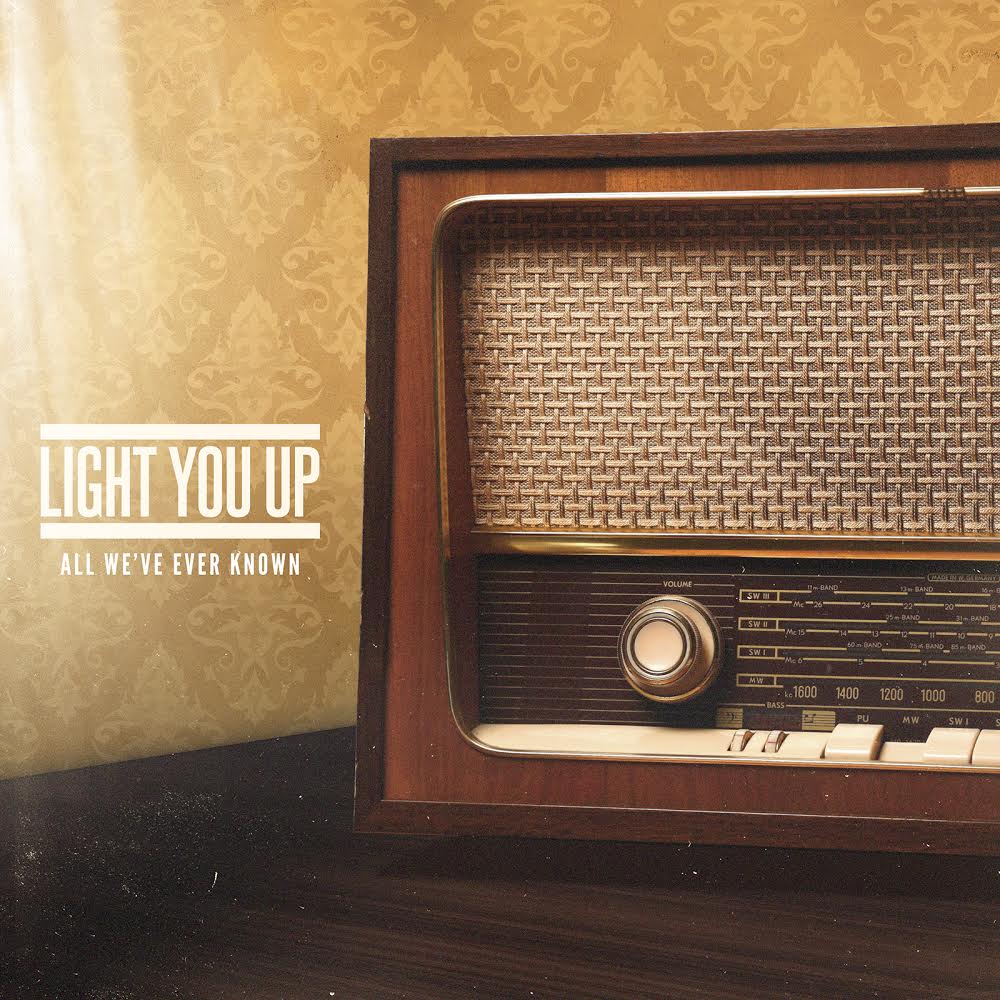 Light You Up – All We’ve Ever Known

As debut albums go, All We’ve Ever Known is up there, and could be the strongest we’ll see in 2015. Light You Up have taken the pop-punk sound done by so many, turned the hooks up to the max, written every catchy chorus, and bared it on the table for all to hear.

Tapping into everything right with the genre, the Birmingham five piece have come forward with a stunning album full of memorable tracks. From album opener ‘Breathe’, and when Tom Napier’s intriguing vocals come in to play, nothing else matters.

Songs like the title track, ‘Monsters’ and album closer ‘We Were Young’ are obvious stand outs, but this is a record filled with singles, not with filler. ‘Monsters’ sees Napier deal with the demons of his mind, bellowing “my story line is basic / but I’m losing the plot’ in his characteristic mix of coarse and smooth vocals.

But it’s the fascinating ‘We Were Young’ which is instantly grabbing, as the same man questions where he’s going with life. All around him are his peers growing up, getting married, while he’s stuck in his rut.

There’s no need to feel stuck and swallowed when you can produce a body of work such as All we’ve Ever Known. Help is at hand by the likes of Four Year Strong’s Alan Day and A Loss For Word’s Matt Arsenault on a couple of songs, but the guys don’t need it – their presence only adds life to an already lit flame.

Leaps and bounds ahead of their compatriots, Light You Up have lit up the playing field and cemented their place in the UK pop-punk scene, which is currently in abundance. There’s a new heavy weight in town.