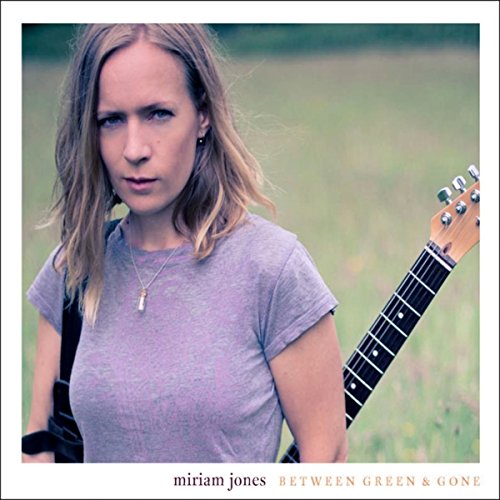 Miriam Jones – Between Green And Gone

Singer songwriter Miriam Jones calls Oxford home these days, but originally hails from Vancouver, and spent a lot of her childhood in Nashville. This latter fact perhaps gives a clue to her music, which has a definite country tinge to its folk pop stylings. Her latest album Between Green and Gone is a smooth and easy listen, perhaps more memorable for its sharp songwriting than its sound.

Between Green And Gone consists of ten tracks, all around four minutes long. Recorded with former Fairground Attraction bass player Simon Edwards, there is a simplicity to the melodic music that edges on blandness, but it does leave space for the lyrics to shine. There are some clever couplets, and in places the poetic and deep lines do catch the attention.

The album opens with Train, a song of travels, both literal and metaphorical. Cracks also tells of the difficult paths that love can take while Float is a lot more uptempo than most of the album, and stands out for its folk rock feel. But in all honesty the remaining tracks all pretty much merge together into a pleasant enough sounding form of background music. Simplicity of sound is all well and good, but many of the songs lack a hook that will keep the listener coming back – which is a pity as many of the lyrics would appear to deserve careful study.

Those who like the quiet and emotional end of the female singer songwriter spectrum will probably enjoy Between Green And Gone. And there will likely be some good radio support for several track too. But beyond the niche market I can’t see this one making too many waves.