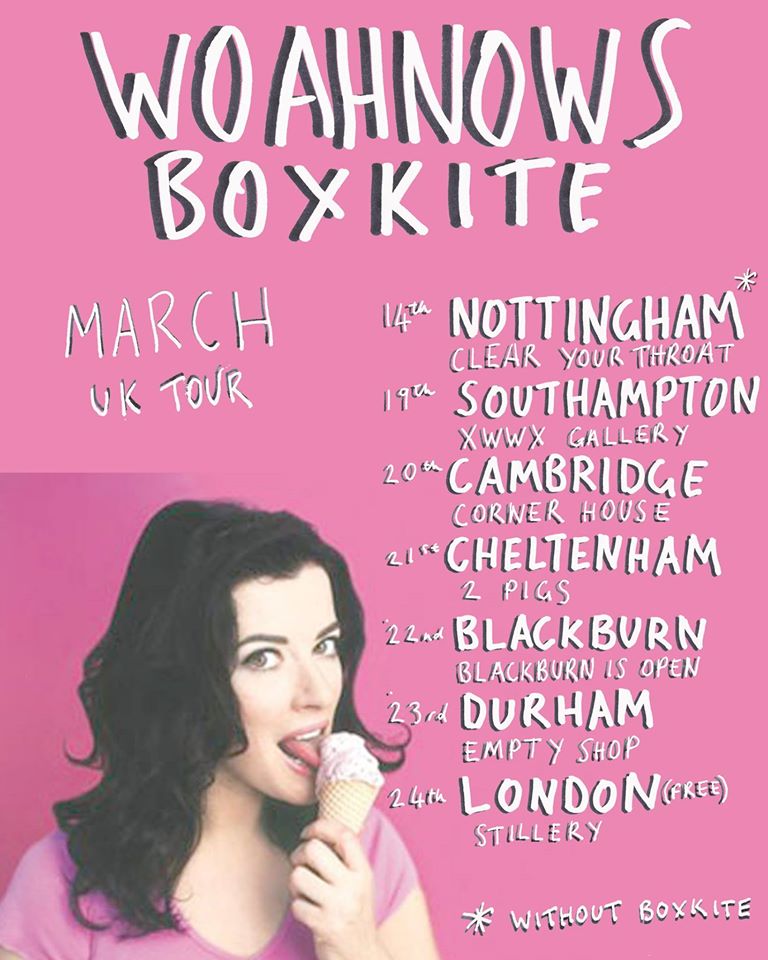 Plymouth turbo-charged-indie-punks WOAHNOWS have revealed the video for their new single ‘Sounds Like Spitting’. In keeping with their usual DIY tongue-in-cheek ethos it features the band playing in a dingy pub and addresses their recent change of line-up in typical fashion.

The band have also announced a string of tour dates with Boxkites for March, alongside appearances at 2000 Trees Festival, Truck Festival and Y Not Festival, plus shows with Lemuria and Beach Slang ahead of the release of their debut album.

As far as short, sharp bursts of concentrated, visceral fun go, you don’t need to look much further than this band. Their raucous blend of Latterman meets Cloud Nothings and Tubelord is riddled with infectious Dananananaykroyd-esque guitar work and gang vocals that are packed full of hooks and earworms.

‘Understanding and Everything Else’ is released 4th May 2015 via Big Scary Monsters.