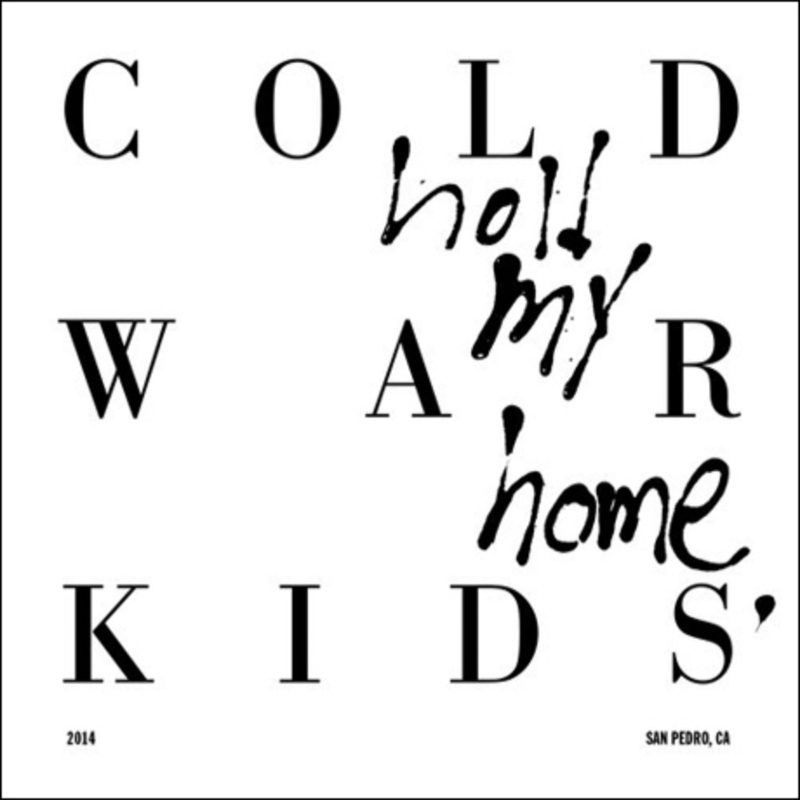 Cold War Kids are the kind of band that can disappear from your life and resurface every few years without much fanfare, leaving you wondering what they’ve been up to apart from swaggering around in leather jackets in California. New album ‘Hold My Home’ is the natural progression of their slick, staccato but ultimately sterilised rock and roll that will leave you shrugging your shoulders and wondering what all the fuss was about.

It’s evident right from the opening track ‘All This Could Be Yours’ that after a brief spell in the outlands of experimentation they’re now inhabiting a comfortable but dull space between the lo-fi credibility of Modest Mouse and the classic all-American rock that they’re leaning more and more towards. Shades of the stadium still loom large; let’s not forget that here’s a band who penned the monumental hit ‘Hang Me Up To Dry’ in 2006, so somewhere deep down they know a thing or two about writing a pop song – unfortunately, there’s not much of that talent on display here.

Tracks like ‘Hot Coals’ show glimmers of hope but a lacklustre delivery means it comes across more like 2014 Arctic Monkeys-lite than the blistering, gargantuan single it could have been. The record as a whole trudges along at a completely uninteresting mid-tempo pace and fails to engage on almost every level – texturally bland, melodically sparse, emotionally void – overall, it’s a disappointing show from a band who are capable of much better. Whether they’re aiming for a depth beyond their reach or are so intent on shunning their poppier moments that they’ve sacrificed what made them interesting in the first place, this convoluted and confused offering has done them no favours.

The one saving grace of this album is the gospel-tinged, organ-led sway of ‘Harold’s Bloom’ which adds a much needed break from the monotony with a deliciously warm tone, a stunning vocal delivery from front man Nathan Willett and the oddly prophetic lyric; “Don’t lift your heroes up so high that you can’t touch”. The most frustrating thing of all is that it shows the band are still capable of delivering the goods, so why have we got an album full of cutting-room floor b-sides instead of brooding beauties like the aforementioned highlight?

We’re sorry to say it, but in this case you might do well to heed Willett and co’s advice – if you’ve got Cold War Kids on a pedestal, things might be looking a bit shaky following this release.