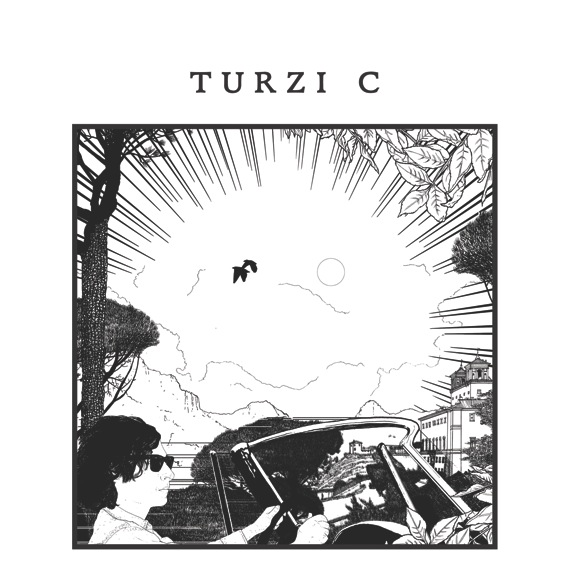 Hidden behind six years of history and well closed doors, French techno outfit Turzi are back with their third album C – the aptly-titled and alphabetically themed follow up in the album trilogy preceded by A and B.

Opening track ‘Coucou’ (no not Couscous, as we first thought) gets the ball rolling with a reverberating bass line that sets the tone for the rest of the album before introducing an obscure, surrealist operatic vocal that gives the album’s first steps a confusing mixture of retro and futuristic charm. Elsewhere ‘Cygne’ and ‘Corbeau’ both follow a blueprint sound, using similar textures and resulting in a lethargic feel that mainly serves to give way to an unintentional anticipation for a change of pace.

Though ‘Colombe’ isn’t necessarily a typical techno anthem (that sort of Ministry-of-Sound-let’s-all-go-to-Cyber-Dog-in-Camden kind of techno) it does clearly take some influence from Binary Finary’s huge hit 1998, with its gently galloping waves of bass.

C loses it’s way somewhere around the midpoint as the mélange of similar tracks merges into one, yet the guitar in the opening segment of ‘Condor’ seems to reinvigorate the sound. It’s unexpected, simple, but different. Easily the turning point of the album, it’s where Turzi start to bridge the gap between techno and experimental techno. The tracks that follow take you through a range of emotions, with hints of disjointed genres including hip hop, indie, rock, surf and even some early 90s house – this is truly where the album begins and you start to hear the six years of hard work that have gone into creating their latest release.

Undoubtedly a great effort in parts, sadly this album could have been just four songs long. What starts as a forgettable and generic record by the second half becomes mesmerising, standing as a testament to the elusively different and sometimes strange sounds of Turzi.