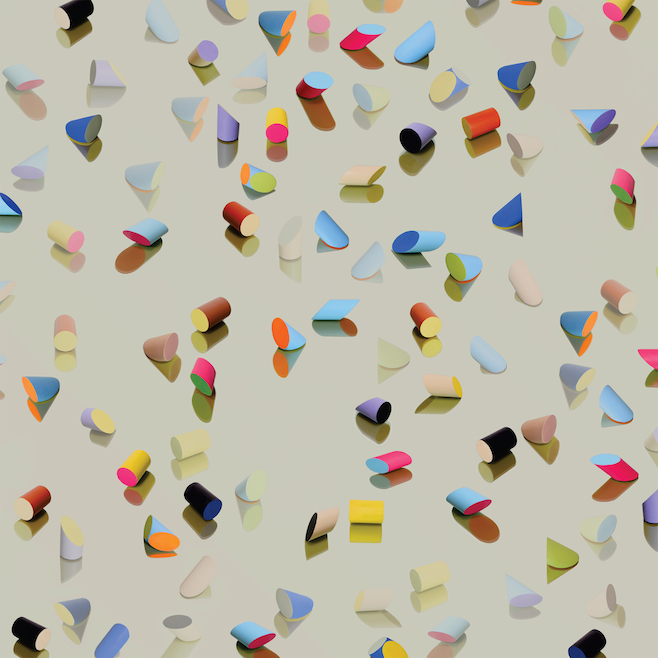 Following on from their second album Noostropics three years ago, Lower Dens, the indie experimental band from Baltimore, have returned with a new LP ‘Escape from Evil’.

Earning a reputation for their distinct vocals from front woman Jana Hunter, right off the bat the interesting choice of name for the new album creates a sense of ominous anticipation for the music to come. What sort of evil has Hunter gone through and escaped and just what is the title asking us to question?

The record itself is packed with internal conflict and haunting struggle. The opening track, ‘Sucker’s Shangri-La’ gets right to it, expanding out into this wild, atmospheric and anguish-filled world. On certain tracks like the upbeat ‘To Die in L.A’ the guitar effects really add another level of depth to Lower Den’s music creating hook after hook that are difficult to forget. Jana is pulling at every heart-string, singing in her all too unique, full voice with lyrics like “you are a curse” and “I will treat you better” resonating on ‘Ondine’ and constantly conflicting with the music, reflecting the mood of album as a whole.

Lower Dens were certainly unafraid to experiment with their music here. Each song opens up new emotions and a new experience that paints a picture of the pain and loss Jana Hunter and the other members were facing, the isolation Hunter went through while writing the tracks and how she attempted to deal with it. She admits this album is one with a purpose, to communicate the personal issues she had to the people listening, and that’s loud and clear with every track. The album evokes a feeling of floating away to the nostalgic past and down into painstaking abysses, gripping at every memory with regret lying in the dark realms of the inner mind.

Lower Dens have successfully achieved a heart-wrenching collection of songs here that almost everyone who’s going through something bad will be able to interpret, making the very connection that Hunter is grasping for at the core of these tracks.