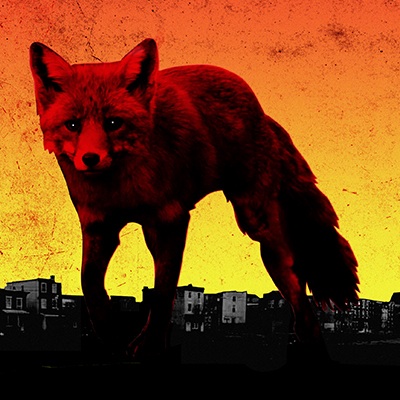 The Prodigy – The Day Is My Enemy

Marking a career that spans an almost implausible 25 years, The Prodigy are set to unleash a brand new album on the world. I would use the old adage ‘unsuspecting world’, however even if you are only slightly aware of The Prodigy you are liable to second guess this album.

At first listen I found the lack of progression jarred with my senses, the familiarity of their sound is almost like catching up with an old friend to find that, beyond the years, nothing has really changed between you, yet isn’t it also said that familiarity breeds contempt?

And I have toiled with my thoughts as the album plays through. A little like Always Outnumbered, Never Outgunned here, a lot like Invaders Must Die there, hardly sounding fresh but still sounding exciting.

Dig too deep and the concepts are conceited and ripe for mocking, the album barks with ferocity, rattling with insurrection like a rebellious teenager. Song titles are tailored to project confrontation but with the group now so far removed from their teens, this vitriolic sonic assault twists itself into sounding trite rather than threatening, and still I can’t deny that these would-be anthems of severe aggression being bashed out by guys in their mid-forties are absolutely banging tunes.

That is when the context becomes clear.

That is when the album begins to makes sense to me.

Recapturing the momentum with their 2005 retrospective singles compilation and subsequent touring schedules that peaked with their relentless promotion of Invaders Must Die, The Prodigy are now finely attuned to the live arena and have now crafted a custom built set of festival fodder to add to their already well-equipped arsenal. Whether it is the Terminator-esque drums of the album opener, arena sized 8-bit rave, furious bass or trademark snarls from Keith Flint, it is all fuel to the fire for what they do best.

On record, it can sometimes come across as pantomime, an exaggeration of who The Prodigy once were, but pantomime is all for the benefit of the audience, and in a live setting The Day Is My Enemy will be perfect.

Venue: The Day Is My Enemy
Support Band: Take Me To The Hospital / Cooking Vinyl