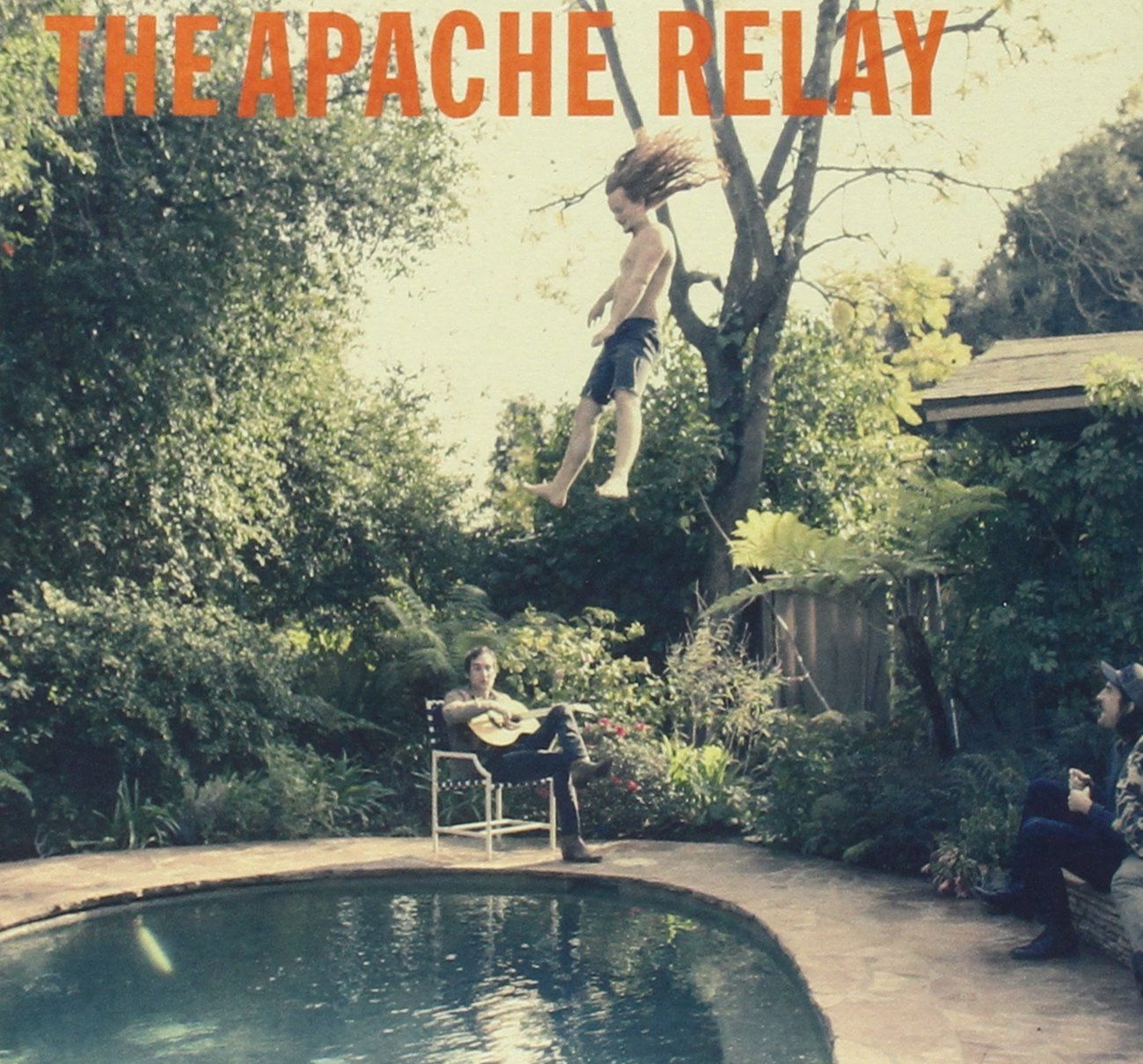 The self titled second album from Nashville’s The Apache Relay is the first to be released in the UK and serves as a fine introduction to their sound. The six piece band plays a shimmering form of Americana that sees influences from folk, rock and country music mixed with a dash of soul to form a bright and rich musical tapestry. They may have toured with the Mumfords, but there is clearly a lot more to this band than the rather dull offerings that seem to go under the folk-rock banner these days.

The eleven track album opens with lead single Katie Queen Of Tennessee, a glittering and melodic love song of real quality. Strings and organ create a deep backing for the high pitched vocals and the fast paced chorus is both gorgeous and memorable. In today’s market it won’t be a hit single but it should achieve airplay from those who can see beyond this week’s favourite boy band.

There is perhaps a risk in setting the best track on the album as its opener. But here it acts as a scene setter and there is plenty among the other ten tracks to enjoy too. Terrible Feeling heads in a different direction, a dramatic opening chord sequence setting the scene for a more downbeat song with some great vocal harmonies. Don’t Leave Me sees some sparkling guitar work flickering across an organ’s swell and vocals that show a fine range from front man Michael Ford Jr. This one has an oddly celebratory feel rather than the pleading that the title suggests.

Growing Pains sees the country influence come more to the fore with slick slide guitars giving depth to the sound. Good As Gold heads more towards an indie rock feel, with its Western style guitar melody and impassioned vocals. But again there is a focus on the bright side here: rather than mourning the loss of a lover the narrator applauds her ambition and wishes he had to courage to escape his home town too. The track is lyrically complex and works very well.

The album closes with the beautiful Happiest Day Of Your Life. With only mournful vocals over an acoustic guitar, this one is haunting as Ford tells of a former lover marrying another man. For once there is no upside here, and the heartache is clearly demonstrated as he stands alone in the blazing sun trying in vain to burn his memories away. The image is striking, the emotions deep, and it ends the album strongly and on an emotional note.

The Apache Relay have produced an album that feels like summer, its bright and mainly optimistic feel coming from its varied instrumentation and deep lyrics. This is a very American album with its roots in the south, but the universality of its stories and the sheer quality of the music will make it attractive to music fans on this side of the pond too.