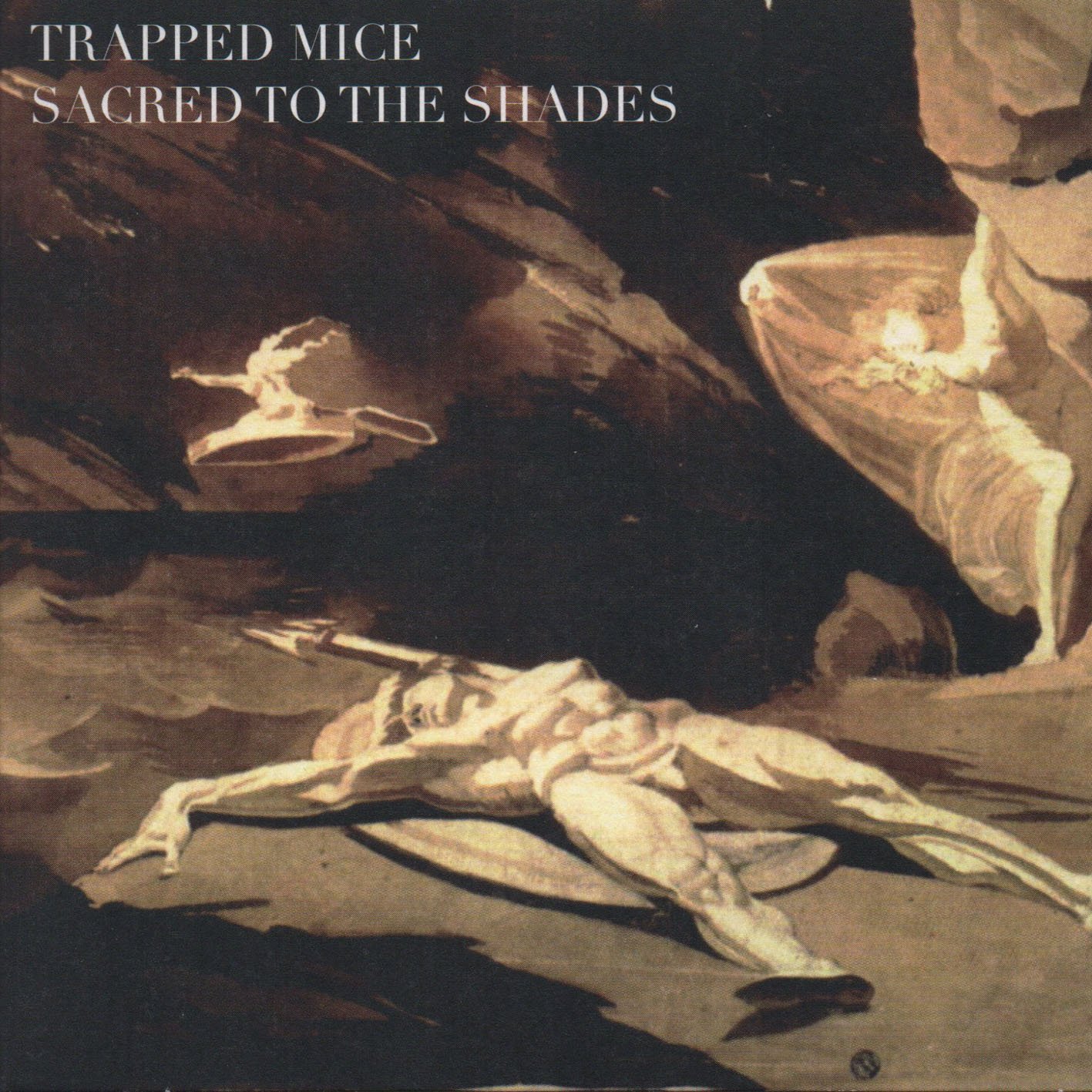 Trapped Mice – Sacred To The Shades

The second album from Edinburgh’s Trapped Mice has a grand and sweeping feel to it. And two years on from Winter Sun its ambition shows considerable musical growth. The alternative folk band has taken its inspiration from history, and in particular the theme of failing to learn from the past, thus being condemned to repeat our mistakes. With poetic lyrics telling some stirring stories there is a lot here that requires close study.

Musically, the eleven tracks here are largely slow and atmospheric, with a range of instruments backing Ian Tilling’s strong and passionate vocals. At times it can be sparse and rather too sombre, but in places the music does swell into a dramatic almost indie rock feel, although the main source of inspiration for the approach clearly come from the storytelling folk tradition.

The album’s first track, the majestically titled A Brief Introduction To Modern History, acts as an overture. Its droning opening and gentle acoustic guitar back strong vocals, although the track gives something of a slow start. It feels ready to burst into life several times but never quite gets there.

The French Lieutenant’s Woman, inspired by the novel that led to the film, sees several elements added to energise the sound. A haunting violin plays a lovely melody, while a slow and ethereal female vocal is also added. And when the pace quickens the fuller sound gives an insight into the rousing music this band is capable of producing. The second of the album’s best pair of tracks is Slave Girl Song, a similarly passionate offering with lead singer Ian Tillling’s voice straining over a strong drum beat before some fine guitar work takes over.

There are several long songs on the album, and they seem to break the early momentum. The Trail, coming in at over seven minutes, definitely feels overlong. Not bad by any means, just in need of a bit of an edit. Essex Wedding at nine minutes plus has several distinct phases and occasionally shines but overall it feels overdone. The Space Race is more than seven minutes long with no musical variation. And falling in the midst of these is the album’s shortest track, the two minute Old Patrons, which consists of nothing but a long drone.

Penultimate track When I Sleep is much brighter with a lovely guitar tone behind the melodic vocals. The album’s first single is upbeat and has a nice tempo to it. And the closing Sacred To The Shades has a similar feel, the violin again prominent. This one is six minutes long but it works well, and the closing instrumental swell brings the album to a stirring conclusion.

There is much to like in the sheer scope of this album, with its historical influence and often clever lyrics. There are some very good songs and clear demonstrations of musical talent here. In many ways I really want to like Trapped Mice but I just don’t quite get some of what they do. But I will be looking out for their future work to see where it goes next.