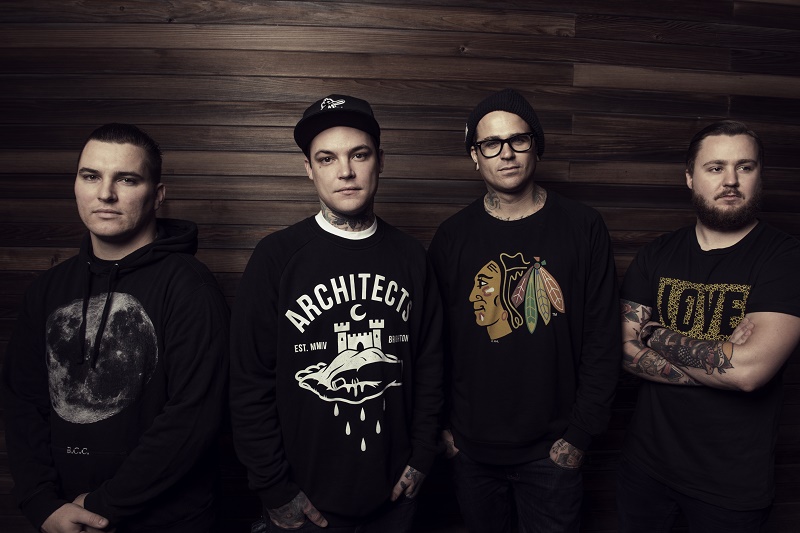 Glasswerk meets: The Amity Affliction (and this time it’s personal)

We last caught up with Australian melodic metalcore heavyweights The Amity Affliction in December last year on their second UK headline tour. Resident Glasswerk superfan Iqra Choudhry was keen to catch up with them again on their recent dates with Of Mice & Men, here’s what happened when she met bassist and vocalist Ahren Stringer…

So, this is your last date of the tour with Of Mice & Men, and it’s the last in a very long run of shows that you guys have done. Are you excited to be going home?

What’s the first thing you’re going to do when you get back?

Er…shower. Have a proper shower. And then just do literally nothing.

What are the little things you miss most about being at home?

Just having the freedom , I guess, to do whatever you want, rather than being trapped in a bus or having crazy fans out waiting for you. Just being able to live a normal life in general.

I interviewed Ryan (Burt, drums) back in November, before you guys had the Australian and American leg of your own of your tour. You’ve been on the road for ages. Doesn’t it get tiring, being on the road for this long? Do you ever get roadsick?

Yes. We also get very homesick, but you get over it completely. The shows are always a payoff, but it’s too long for a human being to be away from home, and a normal life. Far too long.

This is your second big run of UK shows. It’s a big step up from Gorilla (a venue in Manchester), where you guys headlined last time – and that was an amazing show, by the way.
Thank you!

How does this compare, then? You’ve been doing bigger venues, playing to bigger crowds here in the UK now.

It’s great. I mean, it’s like we get a chance to build our fanbase, and I think this is the best way to do it. Playing shows with Of Mice & Men, a lot of kids don’t know who we are – a lot of them stand there at the front waiting for Of Mice & Men all night, but we’re winning over a few fans every night, so it’s definitely worth it.

Of Mice & Men are one of those bands that inspire the crazy screaming reactions I had to fight through to get to the tour bus. Is that kind of reaction something that you’re used to now?

In America, that kind of happens. We’ll finish the show and there’ll be screaming fans at the side of the bus trying to get in and it’s like ‘We’re human beings! (laughs) Like, leave us alone?’

Does it ever get intimidating?

Yes! Definitely. It’s scary, sometimes. When I woke up to those girls out there screaming because Austin (Carlile, Vocalist of Of Mice & Men) has walked off the bus, it sounded like a murder of crows. It was like throwing chips to seagulls.

I’m not going to argue with that – I was getting dirty looks from the fans out there for being allowed through security. I was talking to Ryan about your latest record last time, how ‘Let The Ocean Take Me’ has been received really well – why do you think that is?

I think it’s just our best album. From music to lyrics and the way it’s been put together; we took a lot of care and we had more time to work on it than on the other records, so it’s just our best work, I guess. We’re growing and being more mature and…yeah.

It’s actually one of my favourite records – it’s never off my iPod, I love it. So thank you for that album.

What is your favourite song off that album? If you had to pick one, which one are you most proud of writing?

I was talking to the Tom from Architects, and he said there were songs from their back catalogue that they would never play live – are there any songs you feel like you’d never play live?

And what’s your favourite song to play live?
Probably ‘Don’t Lean on Me’, again. Just because we finish with it and it’s got the big singalong.

Festival season is coming up, and you guys are spending the Summer on Warped tour after 2 months off. What stage are you playing and how excited are you?

What was the first band you saw live?

And what was the first gig you ever got paid to play?

It’ll be…the first gig I ever got paid for? I can’t remember (laughs).

If money and genre were no object – which bands would you love to tour with? What would be the dream tour?
Er…AC/DC, Slipknot and NOFX.

That’s a pretty eclectic lineup, I’ll take that. This is my last question; what are you reading/watching at the moment?

I’ve been reading some Beavis and Butthead comics, and been watching Tintin.