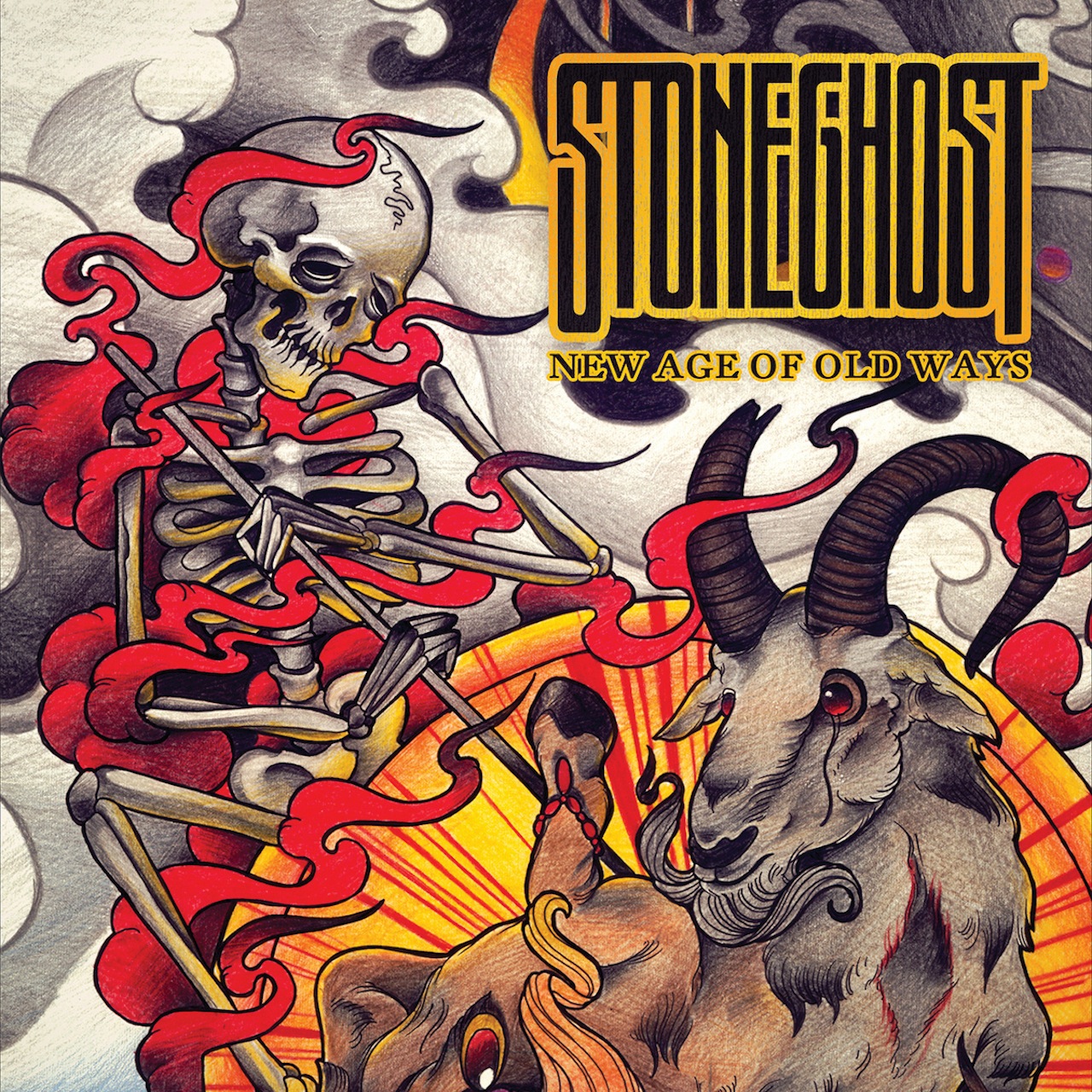 With dizzyingly thundering riffs and passionate fury, Stoneghost’s debut record New Age of Old Ways marks them as one of the most exciting new metal bands in the UK today. Hailing from London, the four-piece blend elements of old school hard rock with heavy metal to create an assured and exciting full-length.

The guitar lines on this record are also slick and confident. Riffs aplenty are found here; the band have set up a unique groove, which flirts with elements of heavier thrash influence without ever crossing the line into generic territory as so many bands do.
Standout track ‘Second To Breathe’ boast vocal dexterity and bone-shattering breakdowns, giving way to ‘The Sound Remains’, a song that sounds like a love letter to thrash, with more speed-drumming and double-bass than you could shake a stick at.

The ten tracks are incredibly cohesive – the track-listing gives way to a rise and fall, and the transitions are well crafted. Here is a record that doesn’t feel like a debut because it’s so well done. Stoneghost come across as veterans of a scene that has yet to discover them, and that, along with a killer of a debut, ensure that they are definitely a band to keep an eye out for.